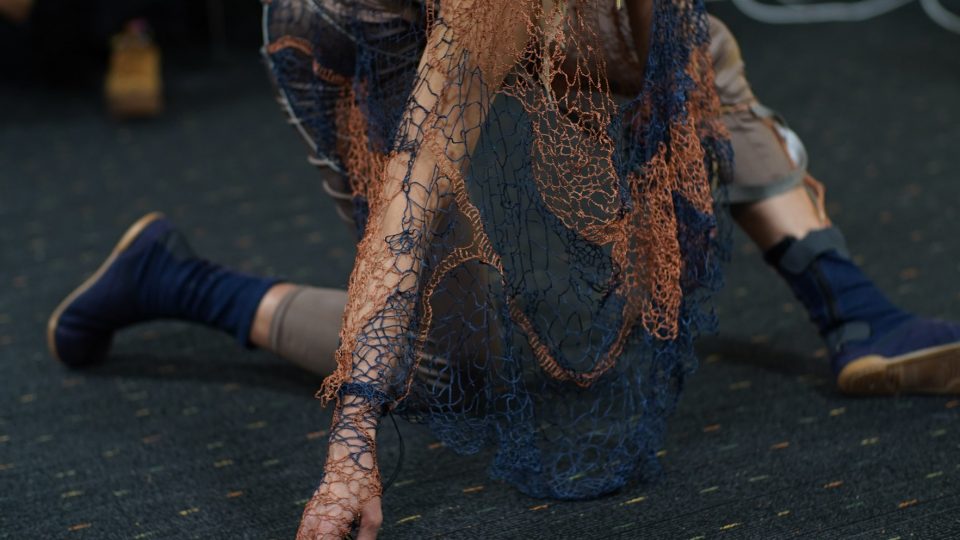 Learning how to speak properly or maybe remaining for another while in that space of the impossible. The impossible future, of a thought which seems evanescent, there, just for a moment, it haunts you and asks to be spoken, right there, right now. What if you simply held it, like an oyster a grain of sand, and you turn it over and over until it gains density. Together, all elements in space contribute to an entangled process of becoming-with one another - your body, their bodies and our bodies - and together we can acknowledge the relational potential of bodily perception and response-ability, cutting out words… fragmenting in order to understand better, and then putting words together with hyphen

or being-out-of-the-world? What could this mean? The term ‘world' becomes sticky, because at the instant of I (not I), what does the world mean (to me?) exactly? How does it mean as a living space, not just an idea of a wide spatiality, but something which I actually sense, the sequential arrangement of our spatial orientations while we make movements based on our visions, guided by what we see. 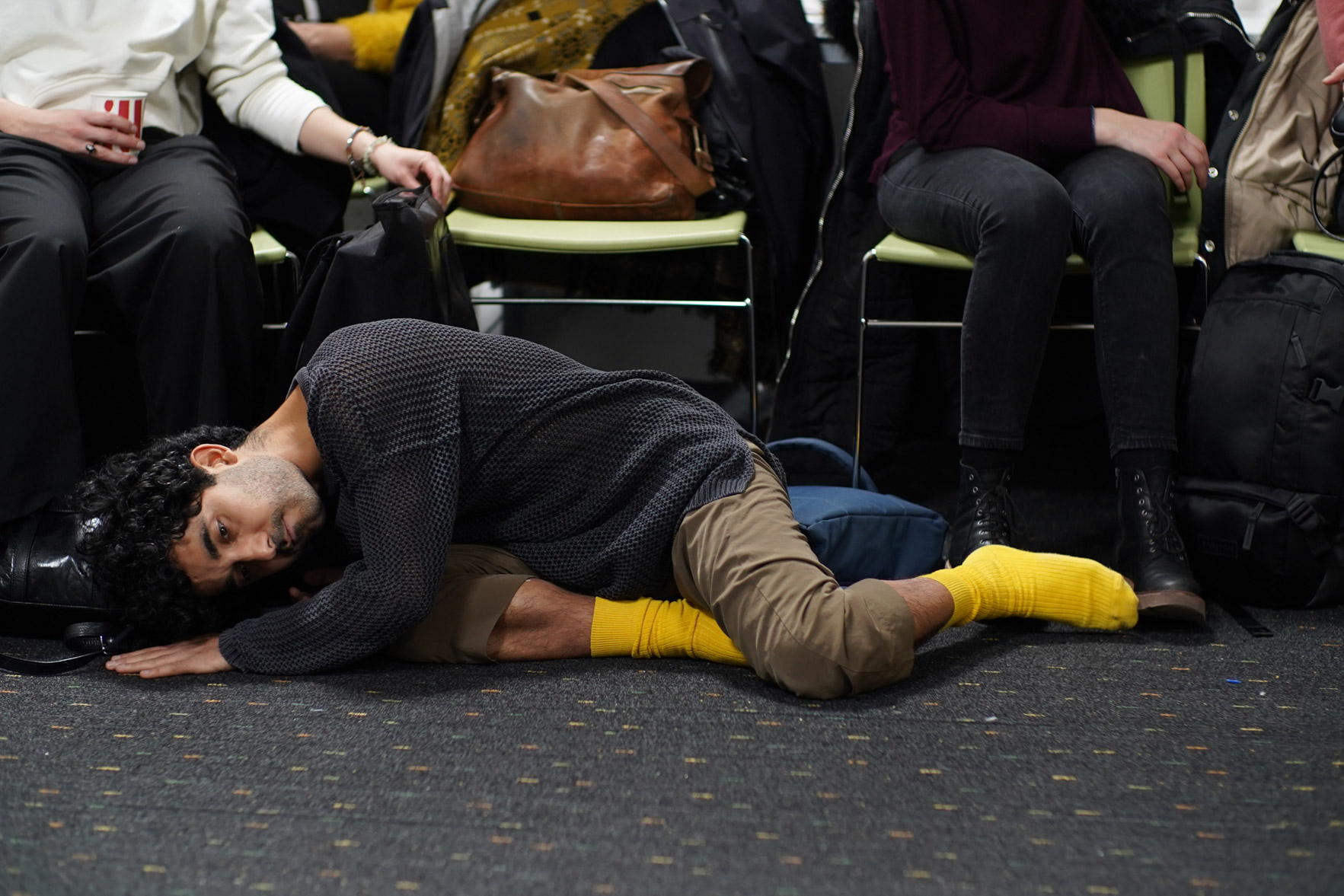 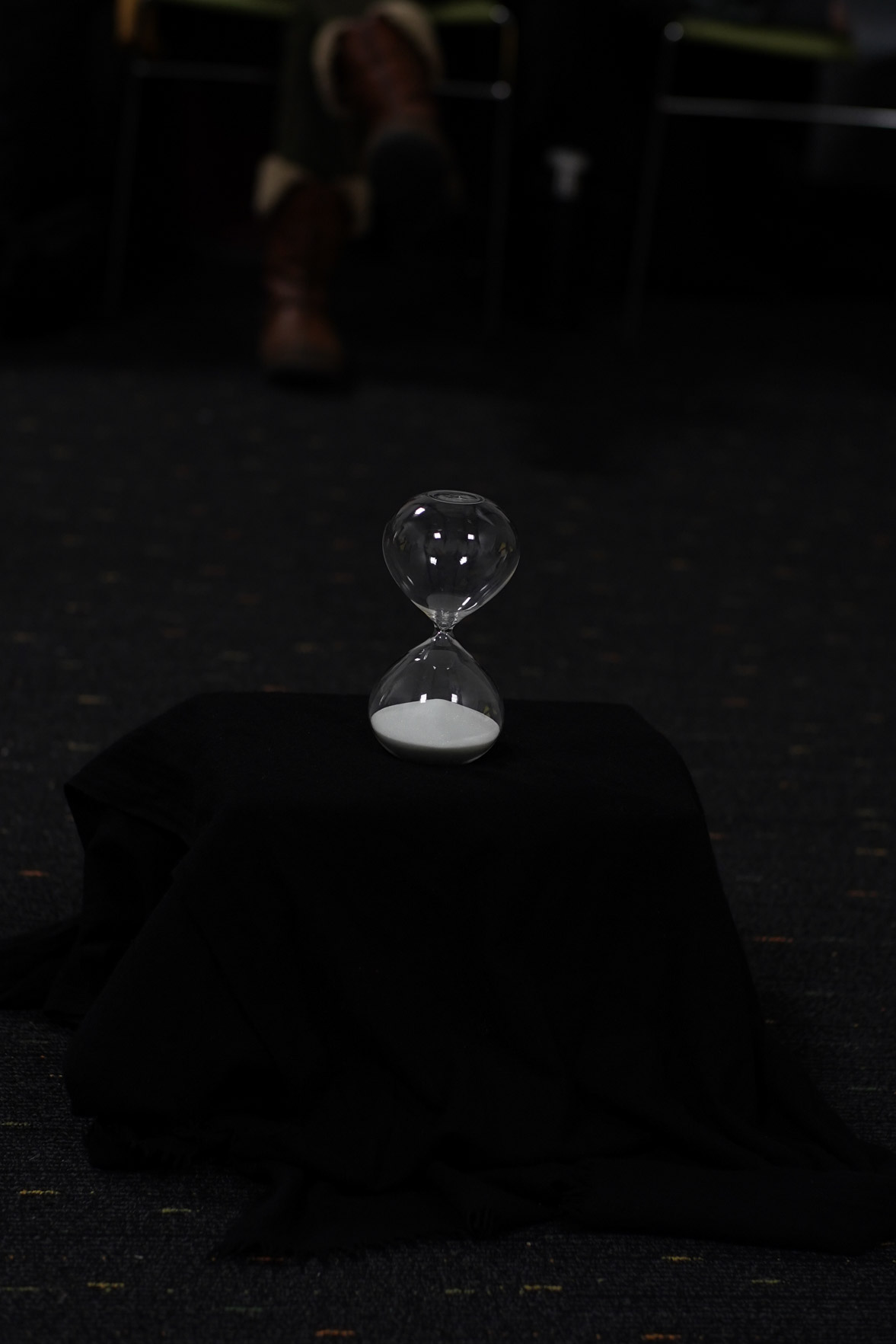 Notice the changes I have made to the house. I have knocked down some walls in here and put some new walls over there. I wanted to play a bit with the natural light, doesn’t it look beautiful? It depends how you look and looking is not seeing. Looking maintains a discrete distance while seeing starts to move closer, to adhere, and the distance can no longer be maintained. In seeing there are scales of detail which reveal themselves: how long you linger, how willing to move scales, how curious and how care-ful.

Take a moment to attend to the ocular nature of your perception.

Perception: the ability to see, to pay attention, to listen… receiving something or someone as it is, from an empty space, from a silent space. One has to make room. A gesture towards expanding space which allows a morphing of time: time doesn’t so much expand, time, now, seems to swell.

Take a moment to attend to the physical nature of your perception. 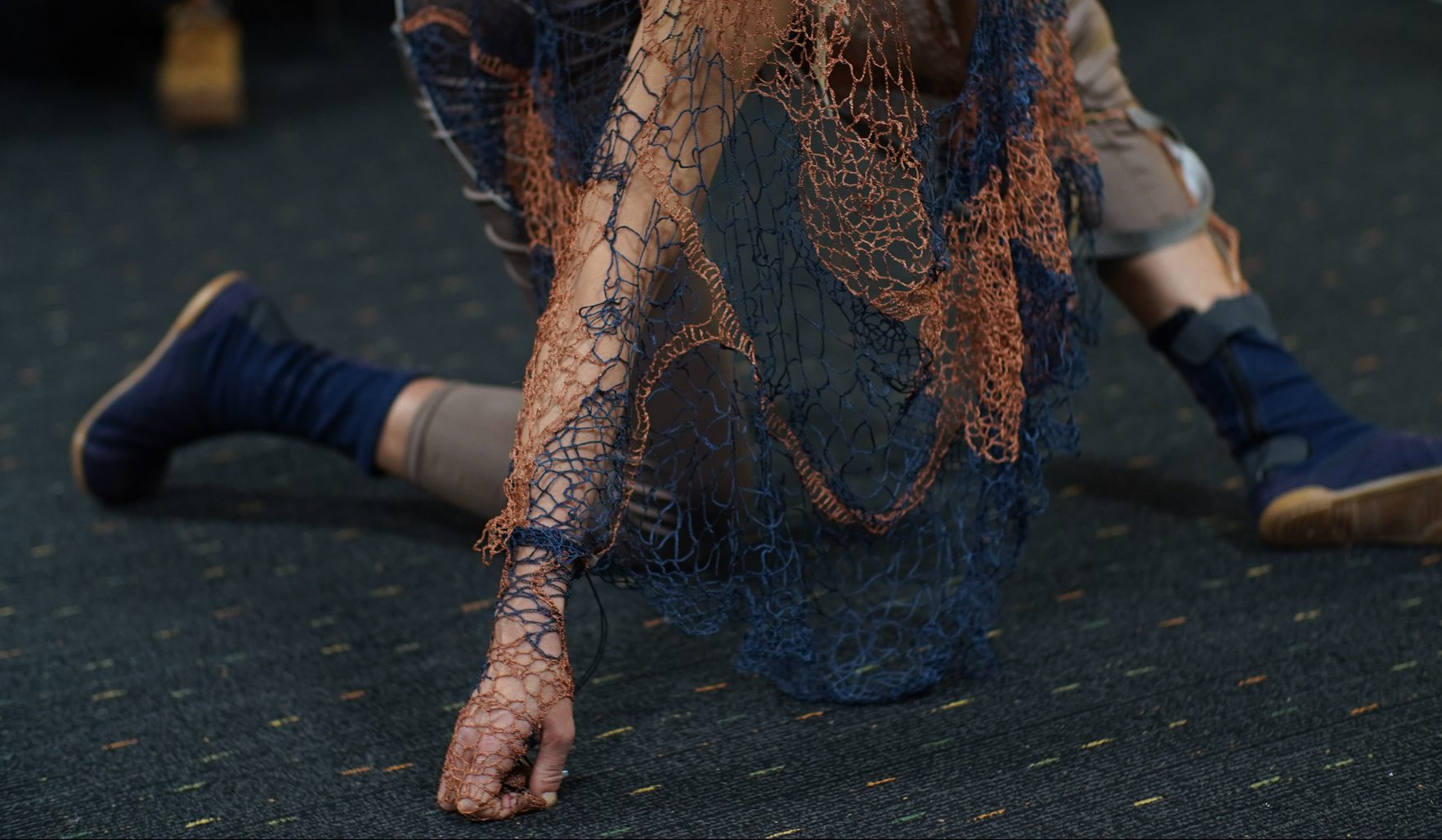 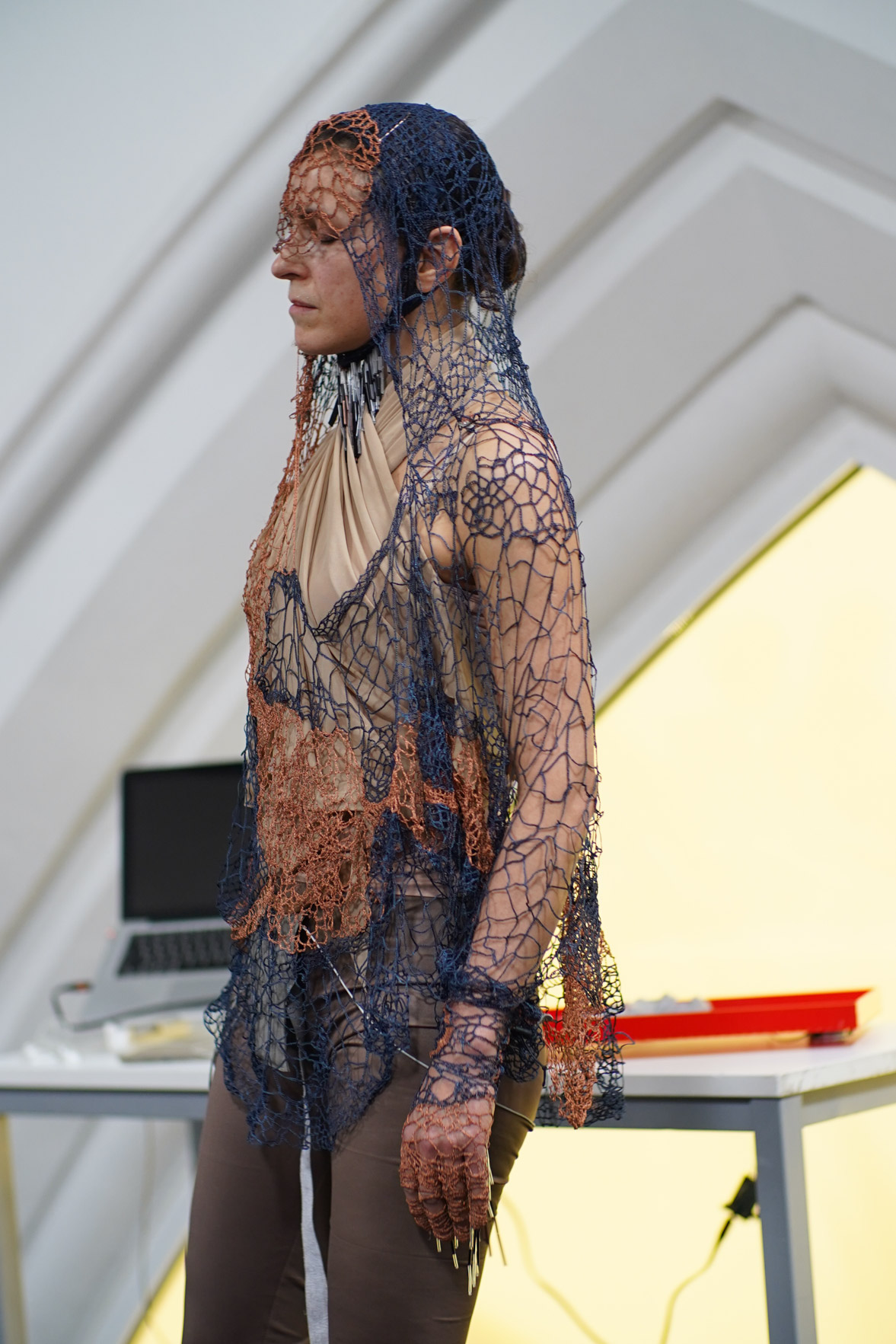 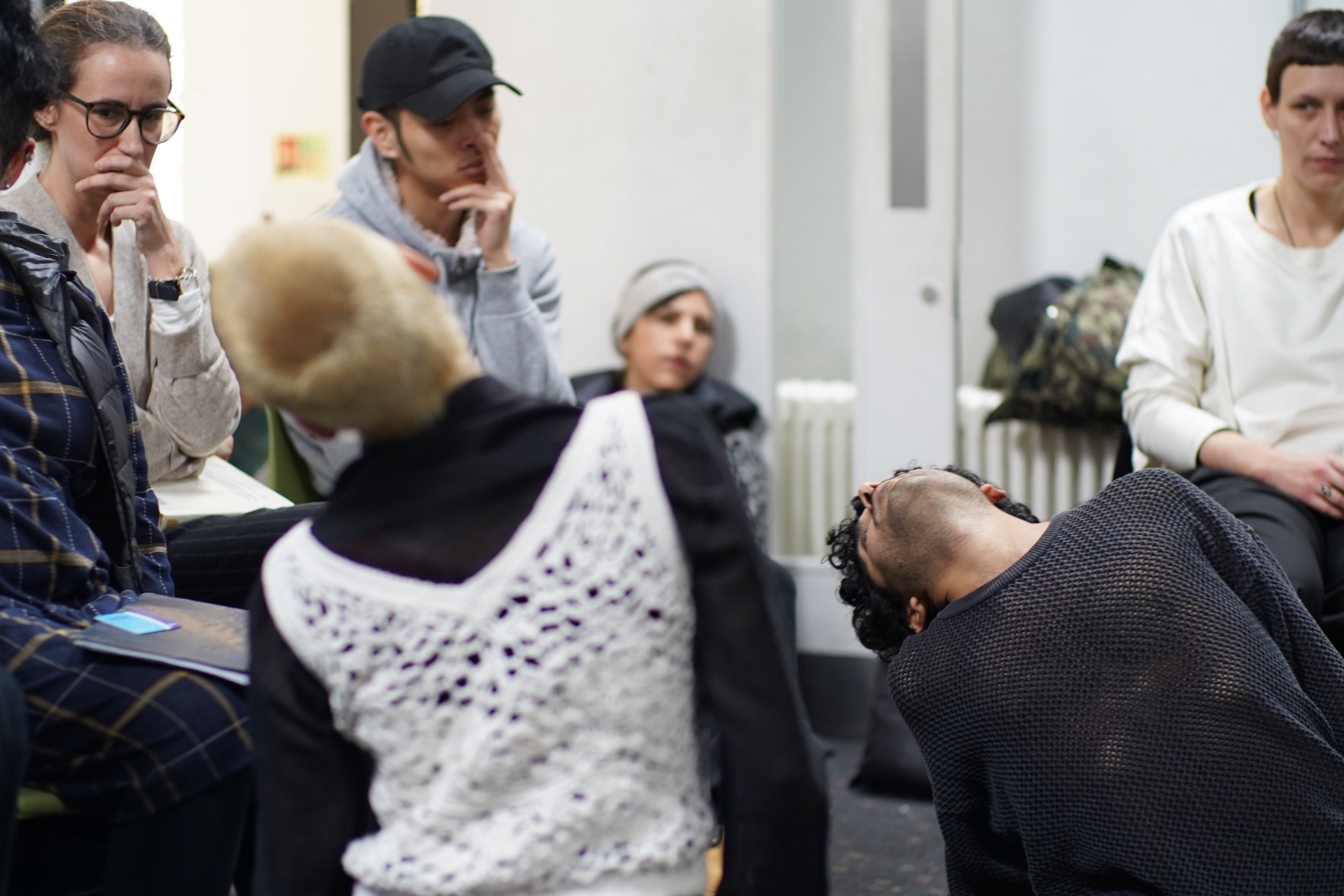 The practice of German-Turkish artist Murat Adash takes the form of architecturally motivated choreographic inquiries with an eye towards how physical spaces and bodies register and shape each other. Central to his methodology is an ethos of collaboration and correspondence with other performers, through which Adash articulates open-ended, movement-based meditations on boundaries, public intimacy, the choreography of communicative meaning-making, the modulation of bodily presence in a given environment, and — ultimately — the formation of embodied subjectivities. Adash holds an MFA in Visual Arts from the School of the Art Institute of Chicago and is currently pursuing a PhD in Art at Goldsmiths, University of London.

Dominique Baron-Bonarjee’s research is embedded within her arts practice. Like a stealthy ‘rhythm-analyst’, she attunes to the resonance of time in human behavior. Repetition and habit, automatism and altered states, converge into an existential inquiry into control, will and flow, explored through Eastern spirituality and philosophy. The ambition of her work is to release unpredictable tempos from the body in a more-than-human liveness. Recent works: artist-in-residence at Cloud DansLab, The Hague (2018 & 2019); screening at Lofoten International Arts Festival 2019, a collaboration with Astrida Neimanis; screening at Tate Exchange (2019). She is currently a PhD research candidate in Art at Goldsmiths University of London.

Joel Cahen is a sound designer and composer based in London. He produces underwater sound events in swimming pools called Wet Sounds and has co-founded the charity Liquid Vibrations which provides Music Hydrotherapy for disabled children. He is interested in the experiential and dramaturgical aspect of listening.

Teresa Calonje is a PhD candidate in the Art Department at Goldsmiths, University of London, currently working on gesture and its appropriation in live art through the work of La Ribot, Tino Sehgal and Luisa Nobrega. She edited Live Forever. Collecting Live Art (2014) and recently curated a series of art interventions at Second Home, London (2016-2017)

Next Document >
This website uses cookies to improve your experience. We'll assume you're ok with this, but you can opt-out if you wish.Accept Read More