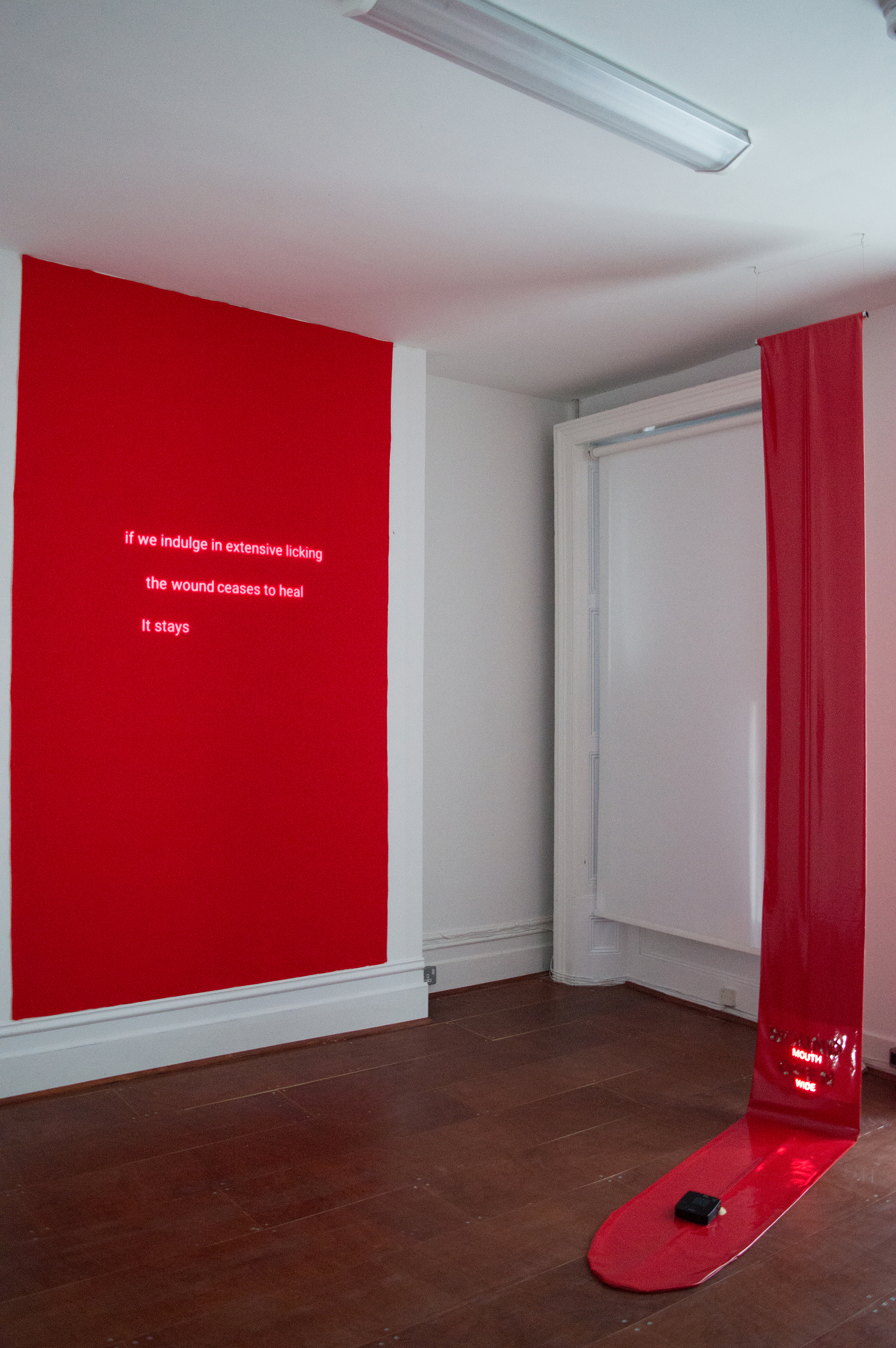 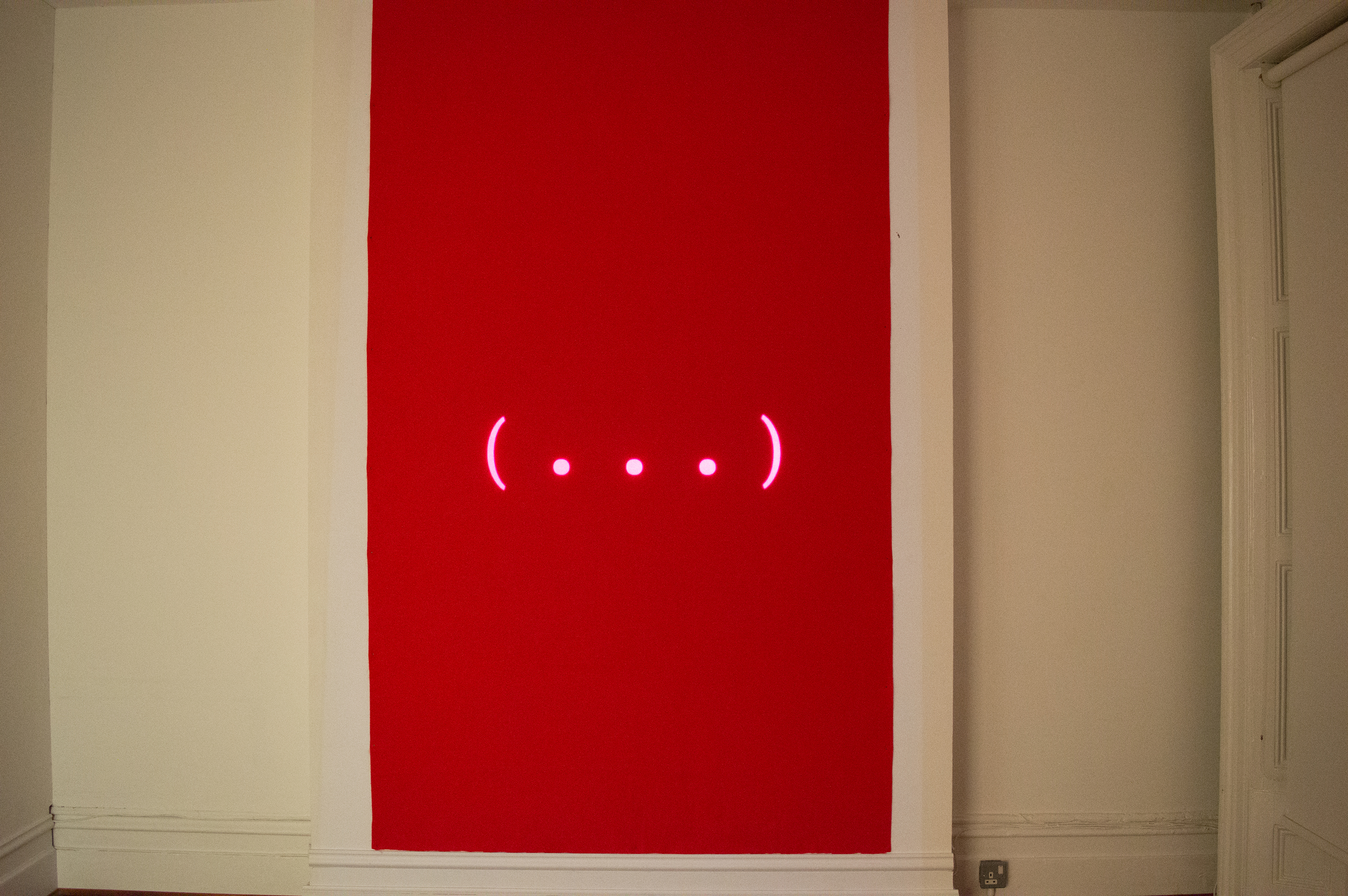 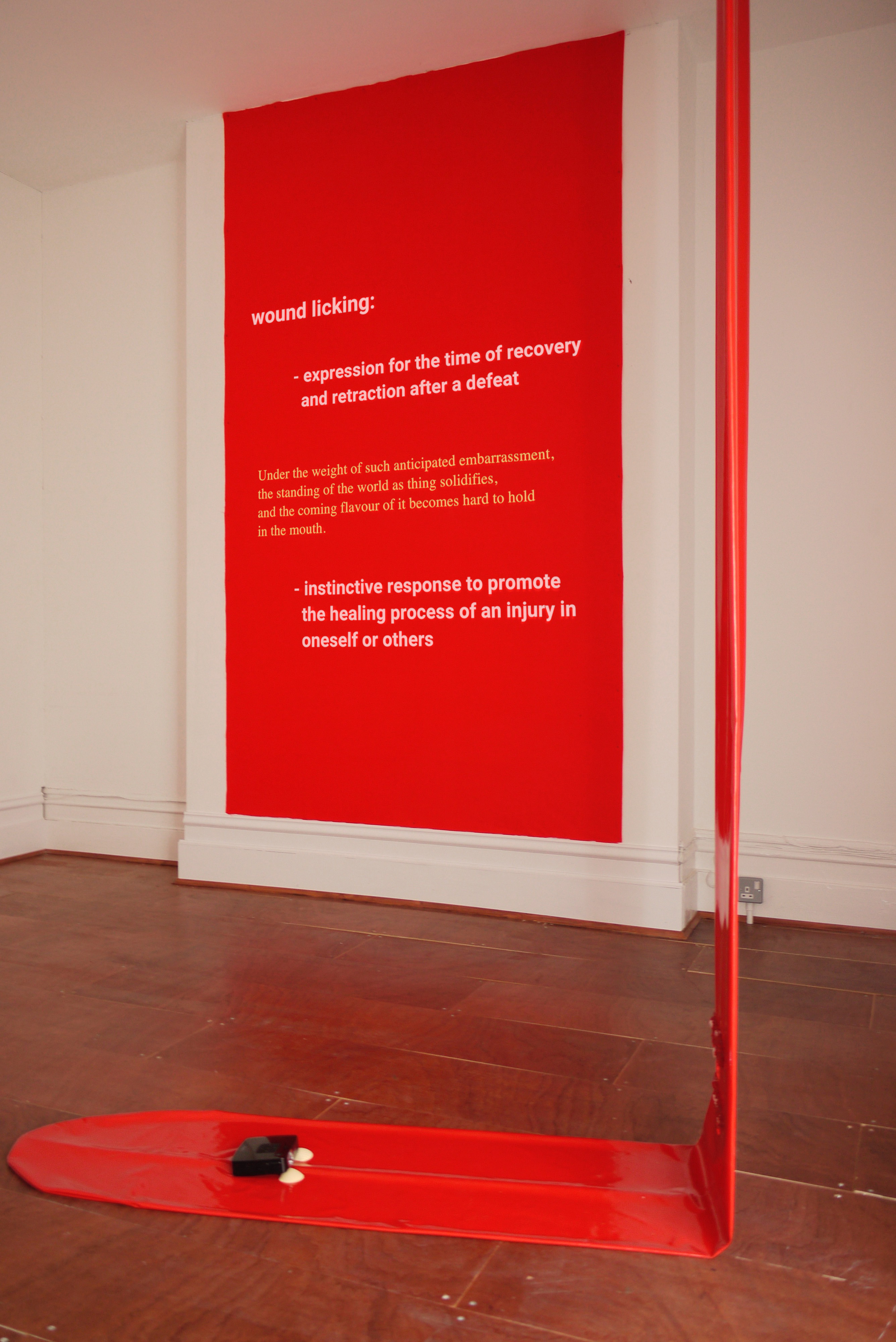 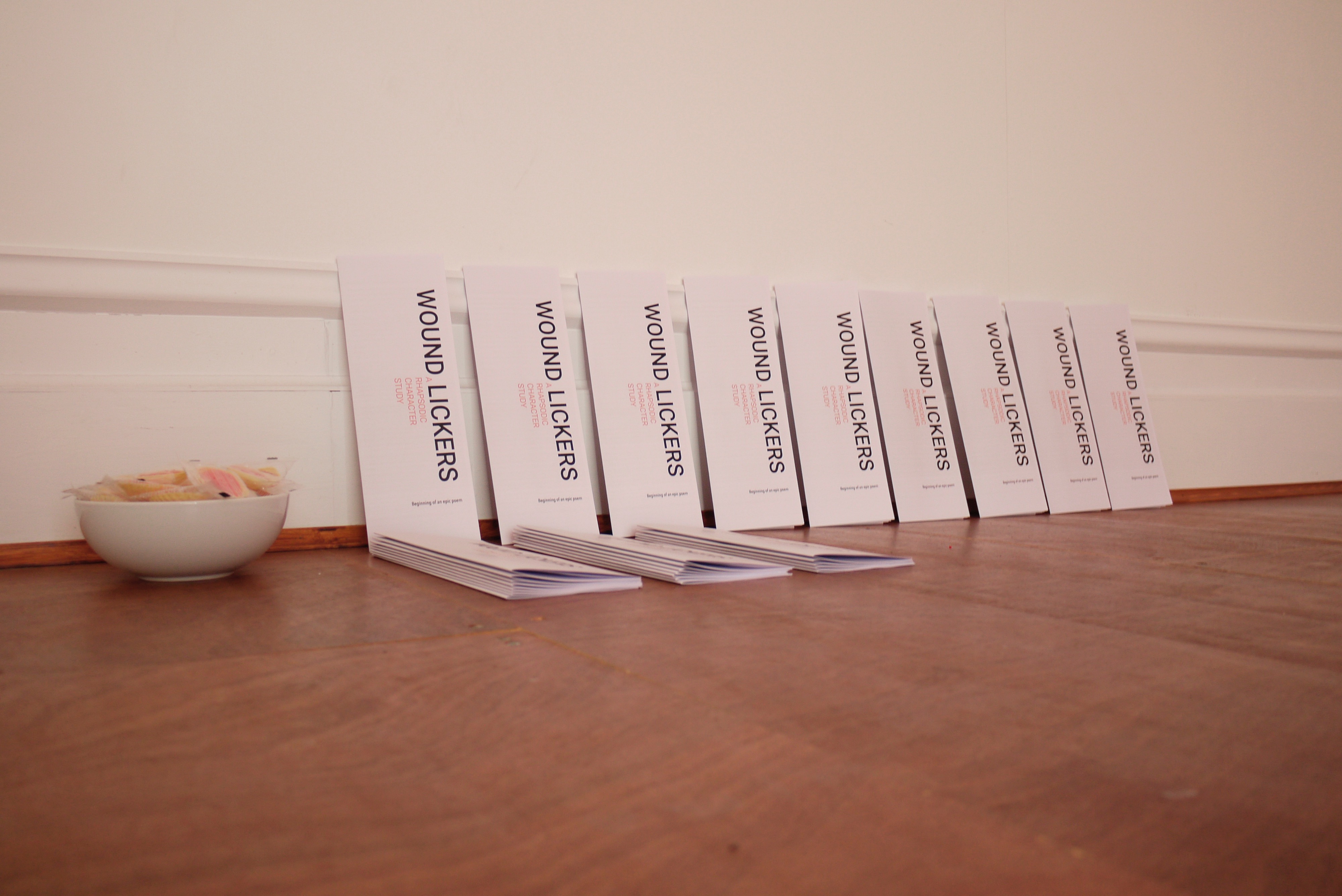 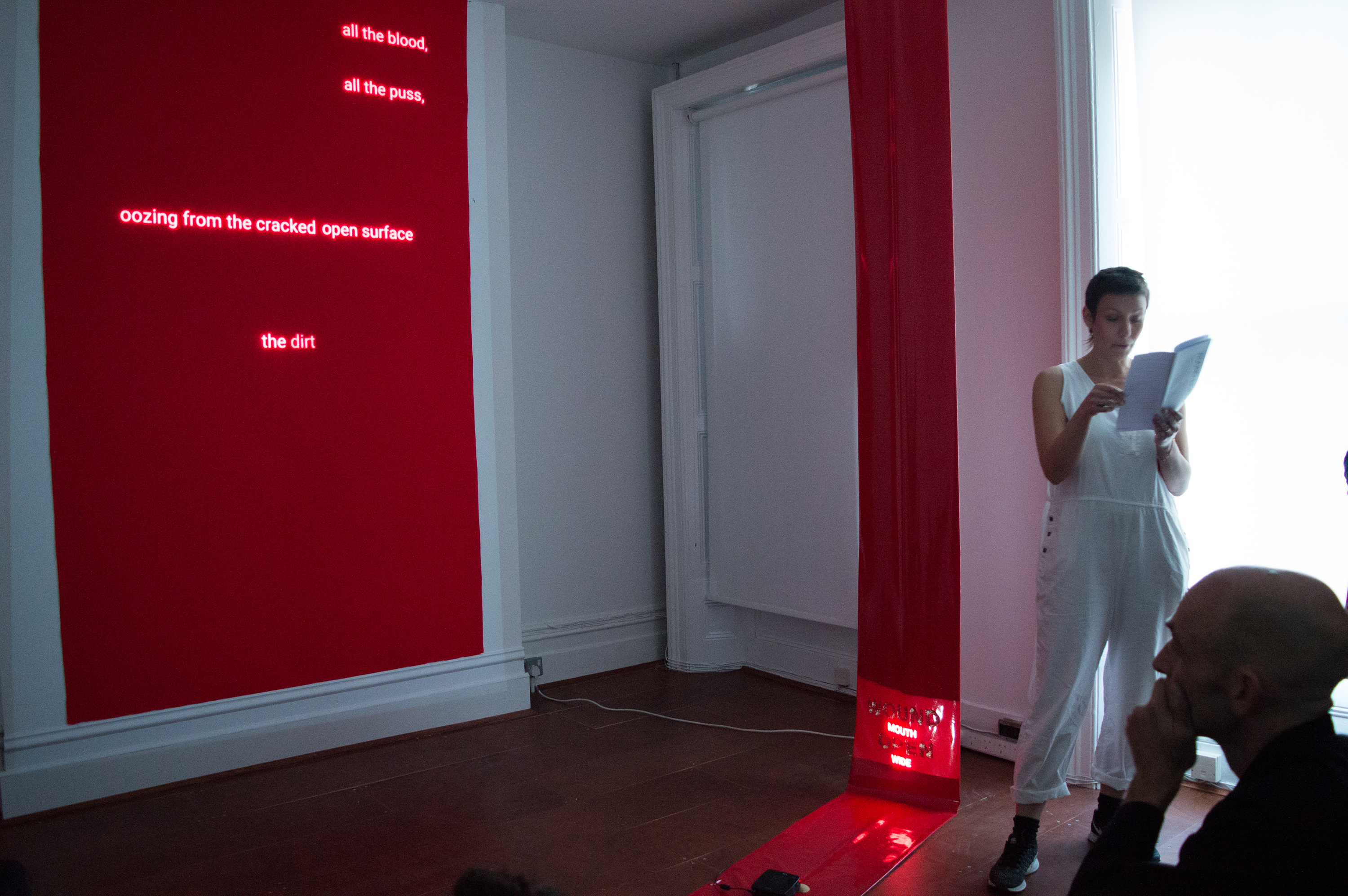 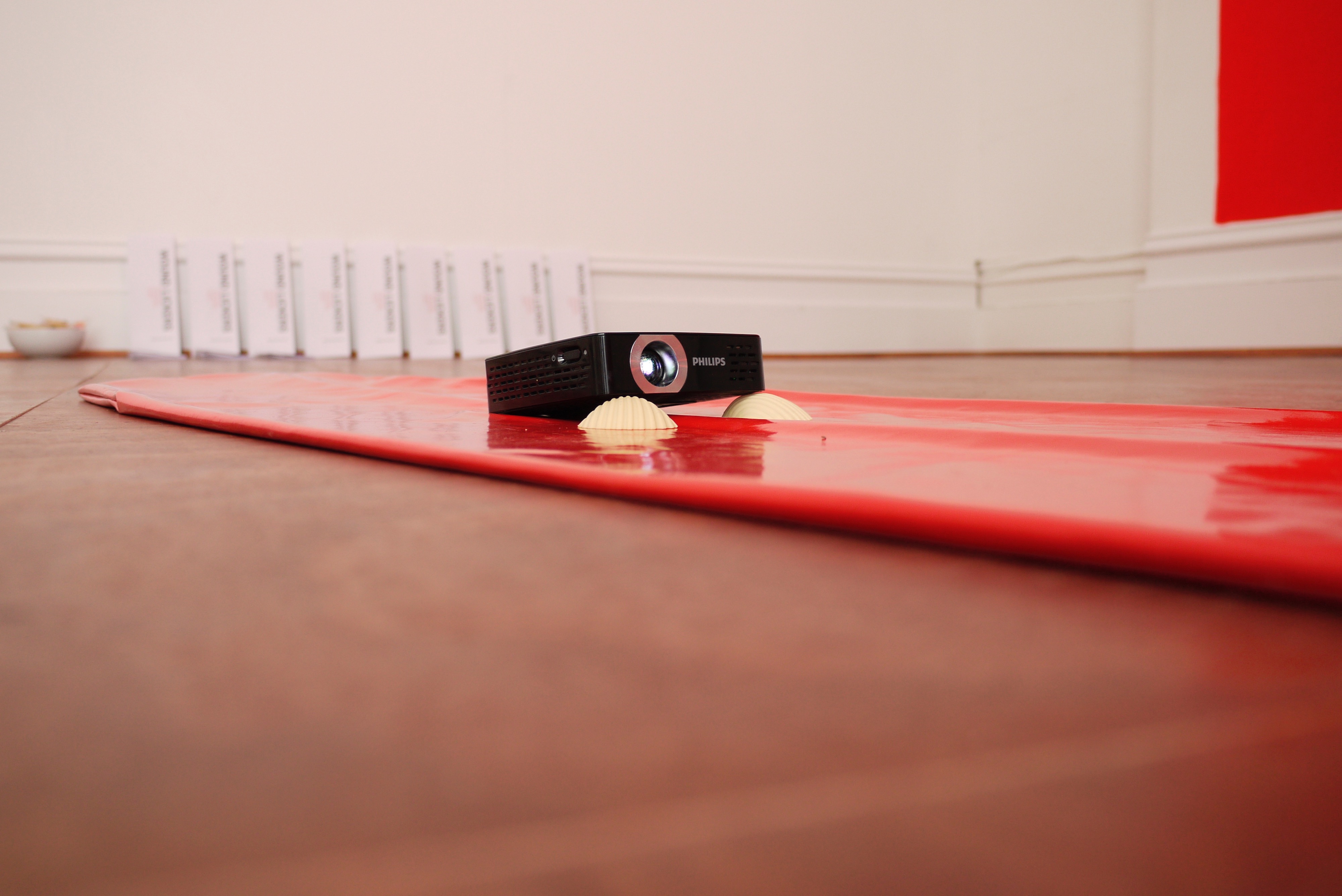 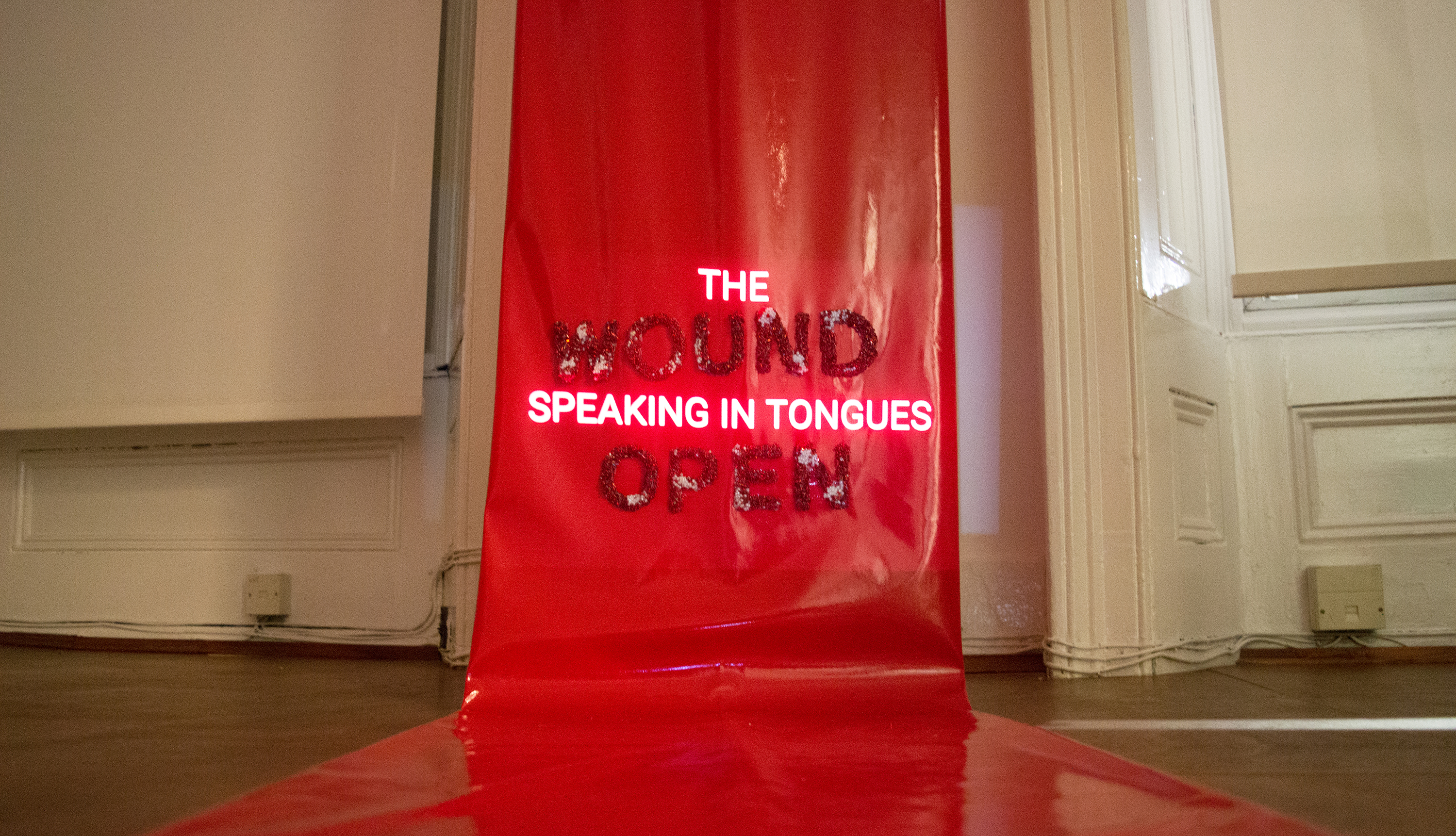 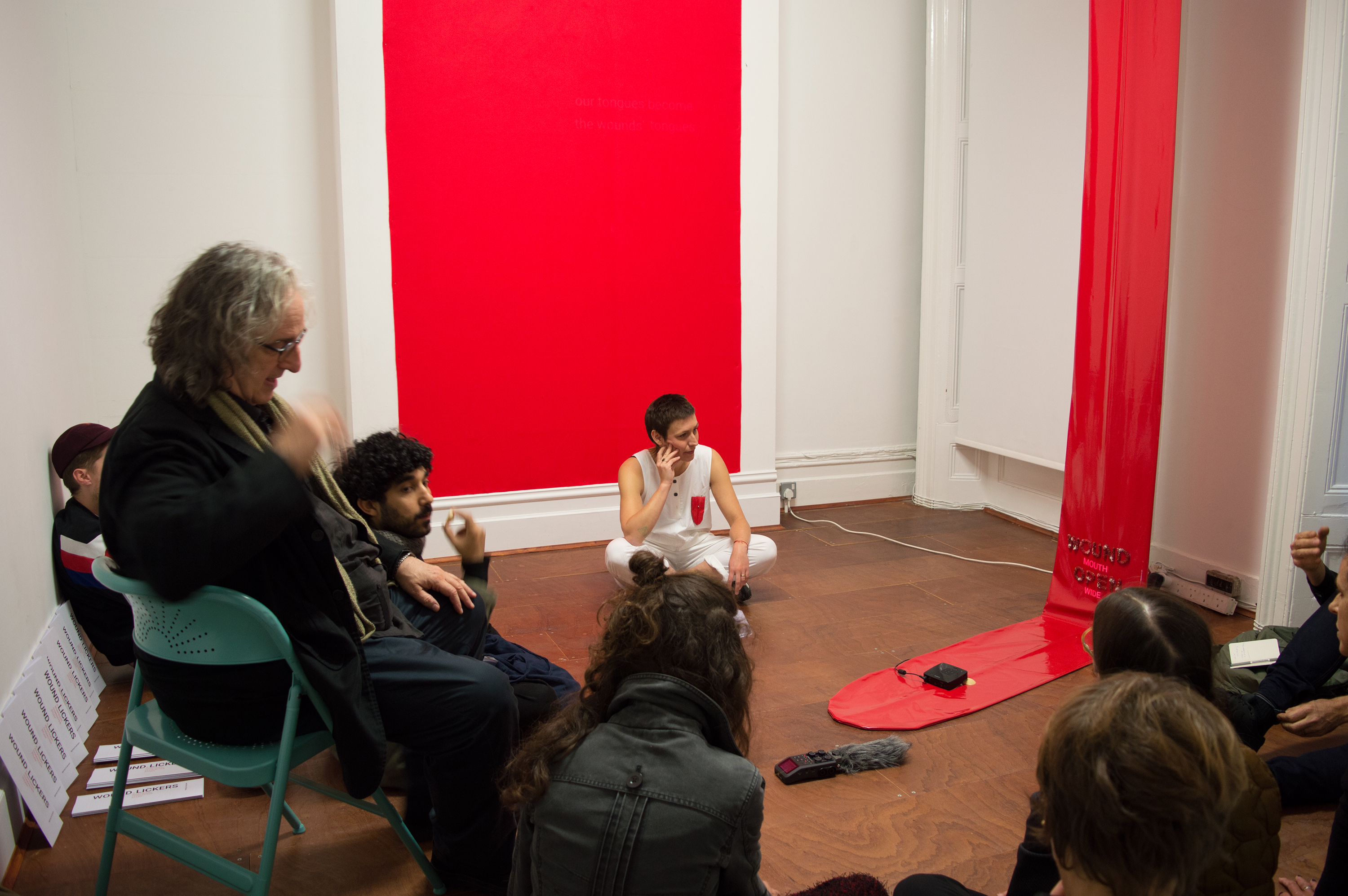 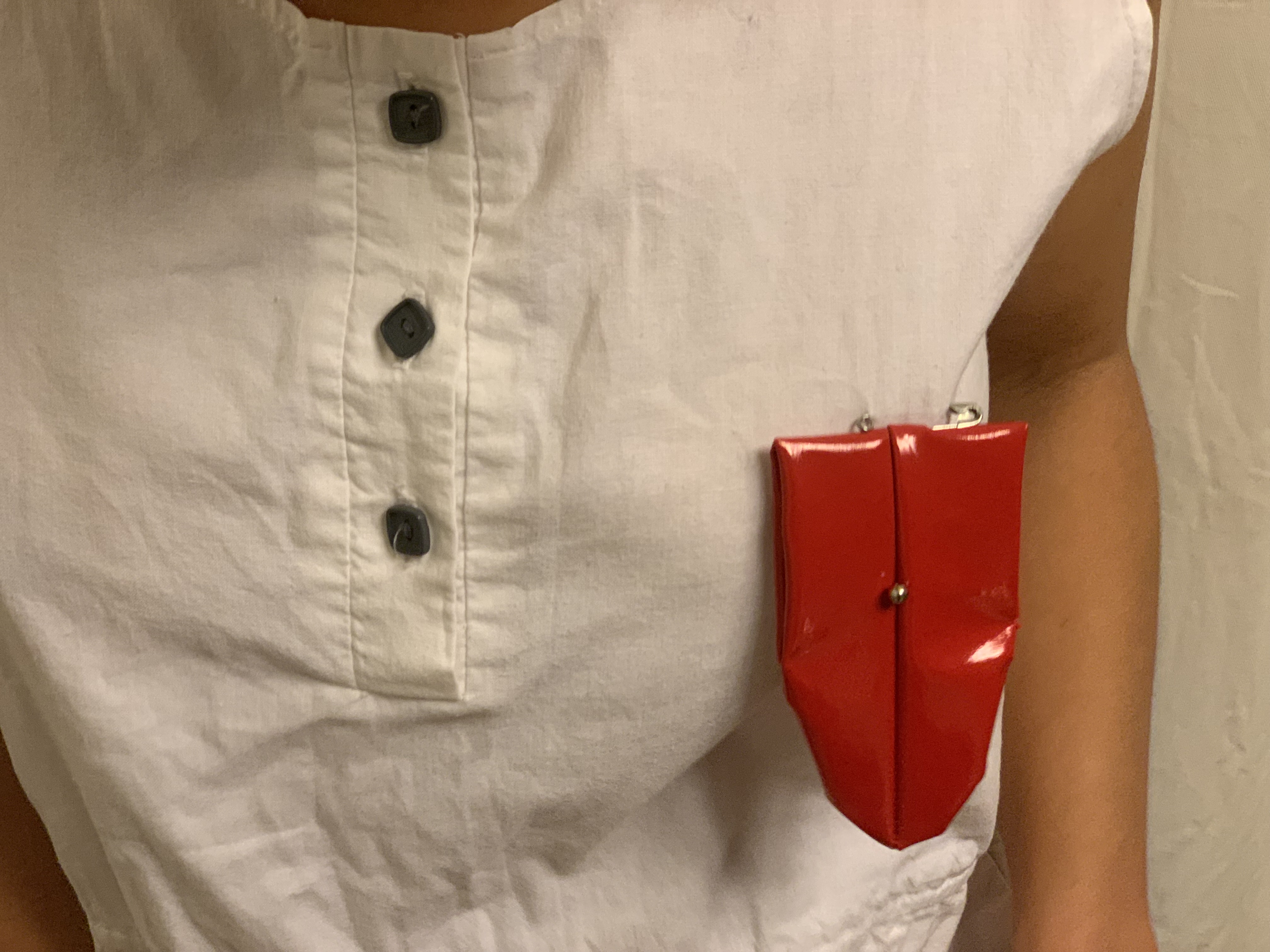 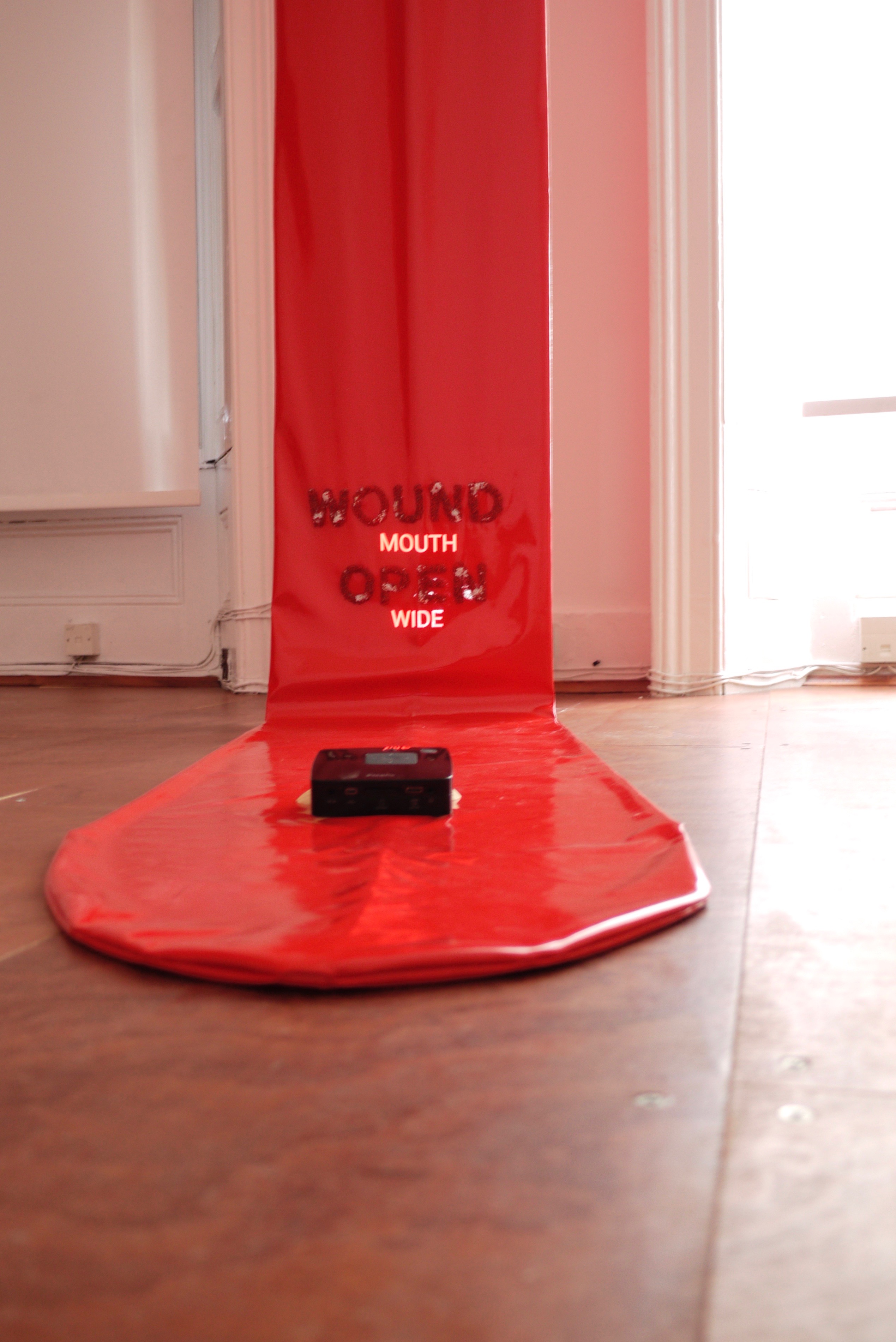 A Rhapsody is a form of epic poetry. The term Rhapsody is derived from the Greek rhapsōidein (ῥαψῳδεῖν) meaning to “sew songs [together]”. It illustrates how the oral epic poet, or “rhapsode” would build a repertoire of diverse myth, tales and jokes to include in the content of the epic poem. By the 16th century it came to be used in Europe as a designation not only for epic poems, but also other literary forms, such as collections of miscellaneous writings and, later, any extravagant expression of sentiment or feeling. Just as in music it can be regarded as a one-movement work that is episodic yet integrated, free-flowing in structure, featuring a range of highly contrasted moods, colour and tonality. An air of spontaneous inspiration and a sense of improvisation make it freer in form than a set of variations.

The work gathers itself around the terminology of the rhapsody. It consists of three parts that loosely combine science fiction, feminist theory and anthropology to imagine a setting of interlinked cosmologies, myth and histories. Through these three forms the characters of the Wound Lickers, mythological beings, collectors of pain and trauma, but also translators and distributors of oral history especially of silenced accounts are introduced.

At times the work speaks in dactylic hexameters, the lyric measure Homer employed in the Odyssey. At other times it is dressed in the structure and voices of a stage play stripped down to its core of merely language without actors and sound: setting the voices of the Wound Lickers in dialogue with voices of women writers speaking from the depth of the hole of the wound. The unattributed quotes function like a tapestry in which the voice of the narrator(s) “lose[s] its privatised being and becomes collective, and oppositional collective, spreading backwards and forward.” (Sean Bonney in Letters against the Firmament). Finally, the third part in form of a “reprise” acts as a link between single words, themes, stanzas and voices. “Wound Lickers: A Rhapsodic Character Study” is the beginning of a cycle of works and writing revolving around these characters and their role as connectors of histories and translators of trauma.

Katharina Ludwig’s work operates in the space between film, theatre, language, digital culture and artefact. Her practice investigates the structures and fragmentation of narratives in the digital age and their influence on and ability to subvert established hierarchies and binary oppositions. Objects and writing/text form the main components of her installations. Her work is temporal, spatial and material based, in her three-dimensional works as well as in her writing. Katharina is interested in moments of transformation: when one state is dissolving while another one begins to materialise. Her work playfully investigates objects, language and time to explore these transitions by treating objects as language and language as disembodied objects, and by challenging their assigned temporalities. Thereby she examines the potential manifestations of language: in space, time and material.