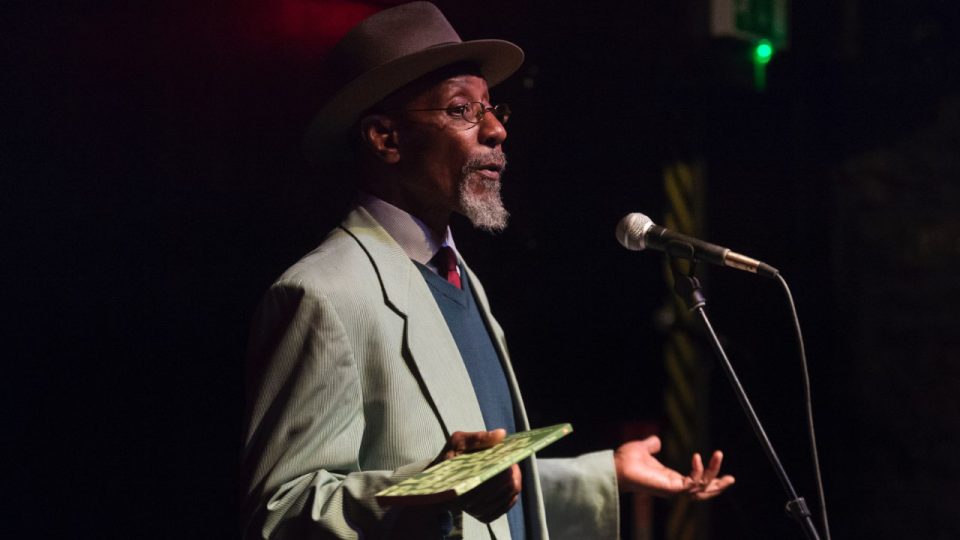 An evening celebrating Linton Kwesi Johnson whose work has always been political, vital and necessary, drawing attention to topics like systemic racism, police abuse and National Front attacks, calling for government, institutions and society to be held to account.

Linton Kwesi Johnson was born in 1952 in Chapelton, Clarendon, Jamaica. He came to London in 1963, went to Tulse Hill secondary school and later studied Sociology at Goldsmiths' College, University of London. He was a member of the Black Panthers, and developed his work with Rasta Love, a group of poets and drummers. In 1977 he was awarded a C Day Lewis Fellowship, becoming the writer-in-residence for Lambeth. He then worked at the Keskidee Centre, the first home of Black theatre and art.

In 1974 Race Today published Johnson’s first collection of poetry, Voices of the Living and the Dead. He has had four more books published and in 2002 became only the second living poet and the first black poet to have his work included in Penguin’s Modern Classics series, under the title Mi Revalueshanary Fren: Selected Poems. Johnson’s first album, Dread Beat An Blood was released in 1978, and since then he has released 14 more albums, including LKJ Live in Paris in 2004, a CD and DVD celebrating his 25th anniversary as a reggae recording artist.

Linton Kwesi Johnson has been running his own record label, LKJ Records, since 1981. He has worked in journalism and still regularly tours around the world with the Dennis Bovell Dub Band. He is also a Trustee of the George Padmore Institute. In 2003 Johnson was bestowed with an honorary fellowship from his alma mater, Goldsmiths College,

Voices of the Living and the Dead (London: Race Today, 1974)

Tings An' Times (Newcastle upon Tyne and London: Bloodaxe Books and LKJ Music, 1991)

LKJ Live in Concert with the Dub Band (LKJ Records, 1985)

This event is part of the Transmissions series hosted by the Mountain of Art Research and generously funded by the CHASE research consortium.

< Previous Transmission
Next Transmission >
This website uses cookies to improve your experience. We'll assume you're ok with this, but you can opt-out if you wish.Accept Read More