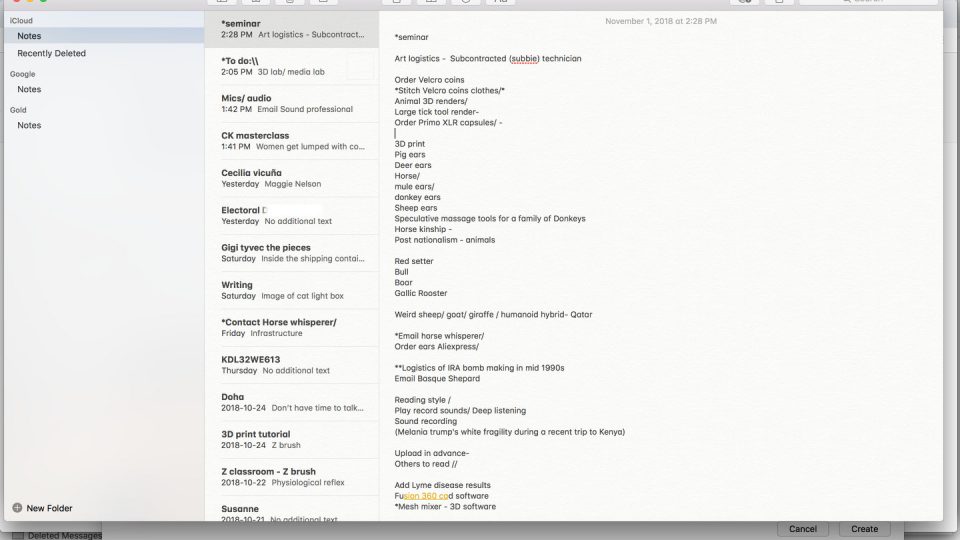 Herding surrogates, prosthetics and other stories

‘Herding surrogates, prosthetics and other stories’ was presented as a LARP (Live Action Role Play). A LARP is a form of role-playing game where the participants physically portray their characters (Tychsen, Hitchens, Brolund, Kavakli, 2006:255). This research used proxy representation of human and interspecies kinship or ‘companion species’ (Haraway 2003), in this case as the equine/ donkey/ mule/ humanoid, by looking at alternative strategies of empathy and care. Taking LARPing as a model, the work asked how we might apply similar approaches to trauma and care, in particular, with reference to post-conflict/ intergenerational trauma in Ireland.

The presentation used anecdotal excerpts from field notes during a research trip to lac de Vassivière in the Limousin region of France, where the initial kinship with the family of Donkeys was formed and where the ceramic ‘Speculative massage tools for the same family of Donkeys’ were made.

The LARP was presented in collaboration with Kelly Marks, equine behaviourist (horse whisperer), who was invited to act as a respondent from her experience and approach of communing with animals. During the LARP, Kelly mimicked the behaviour of wild horses, re-asserting the need for empathy and a change of approach. She divided participants into two herds and facilitated the enacting of a scenario in the field. This method was utilised, as she explained, to ‘enhance the understanding of communication between species and other behavioural patterns’.

Excerpt of LARP/ASMR Script for performance

Donncha, Egor and the Basque Mules.

Mules have longer ears than Donkeys and horses. Mules are widely acknowledged as stubborn animals. A crossbreed between horses and a donkey.

The Basque country is at a geographical and political (geopolitical) interstice between Spain and France with a ‘natural’ border (if that is possible) or boundary running across the Pyrenees.

Like Donkeys, Mules have a cross on their backs, although they generally appear a bit slenderer and taller.

*This model is based on a horse’s ear, but closer in scale to a mule’s ear, perhaps. The smaller ears will substitute two young foals to complete the listening prosthetics of our herd. Along with our pre-existing human ears

We will address both the human and animal ears from now on.

Donnacha maintains he suffered prolonged hearing loss or more precisely deafness in one ear as a result of interrogation. He was repeatedly tortured both mentally and physically.

(Interfere with sound in left ear).

Or was it the right ear?

Move to the right ear

Not that it matters.

Ask guests to make a high-pitched sound in one ear.

During these interrogation or torture trials, the MI5 and prison authorities would poke matchsticks in his ears as well as subjecting him to sleep deprivation through the white noise and dripping water torture.

Donncha maintains he developed tinnitus as a result of these interrogations.

Reports were rife within the broader movement that a prisoner spent all their time plotting different escapes. Donncha was one of the longest-serving prisoners of the conflict, for more than 16 years.

When thinking about Donnacha his determination prevails in the face of conditioning and forced integration.

On entering the mule field, we were struck by the small size of their sleeping shelter. The conditions seemed cramped inside the old vacated concrete electricity substation. The Mules were plagued by bites (ticks), and flies, a rolling mass swarmed over their heads in and around their ears and right inside the Cornea of their eyes.

I would take a similar approach with the mules as I had previously with the donkeys in the Limousine.  Having spent time massaging them on a daily basis with the speculative Donkey massage tools. The donkeys would eventually approach me and gesture for their massage. Confident that this would work, (but without the massage tools) we climbed over the wire fence to greet the mules or donkey/mules. It was actually unclear at first sight what breed they were. We befriended the mules, yet their behaviour seemed quite different from the Donkeys.

They were easily spooked and would only fleetingly come over for a head rub.

*The large mule wearing the bell bites my leg. *

We leave the mule field

Why did the mule bite me? 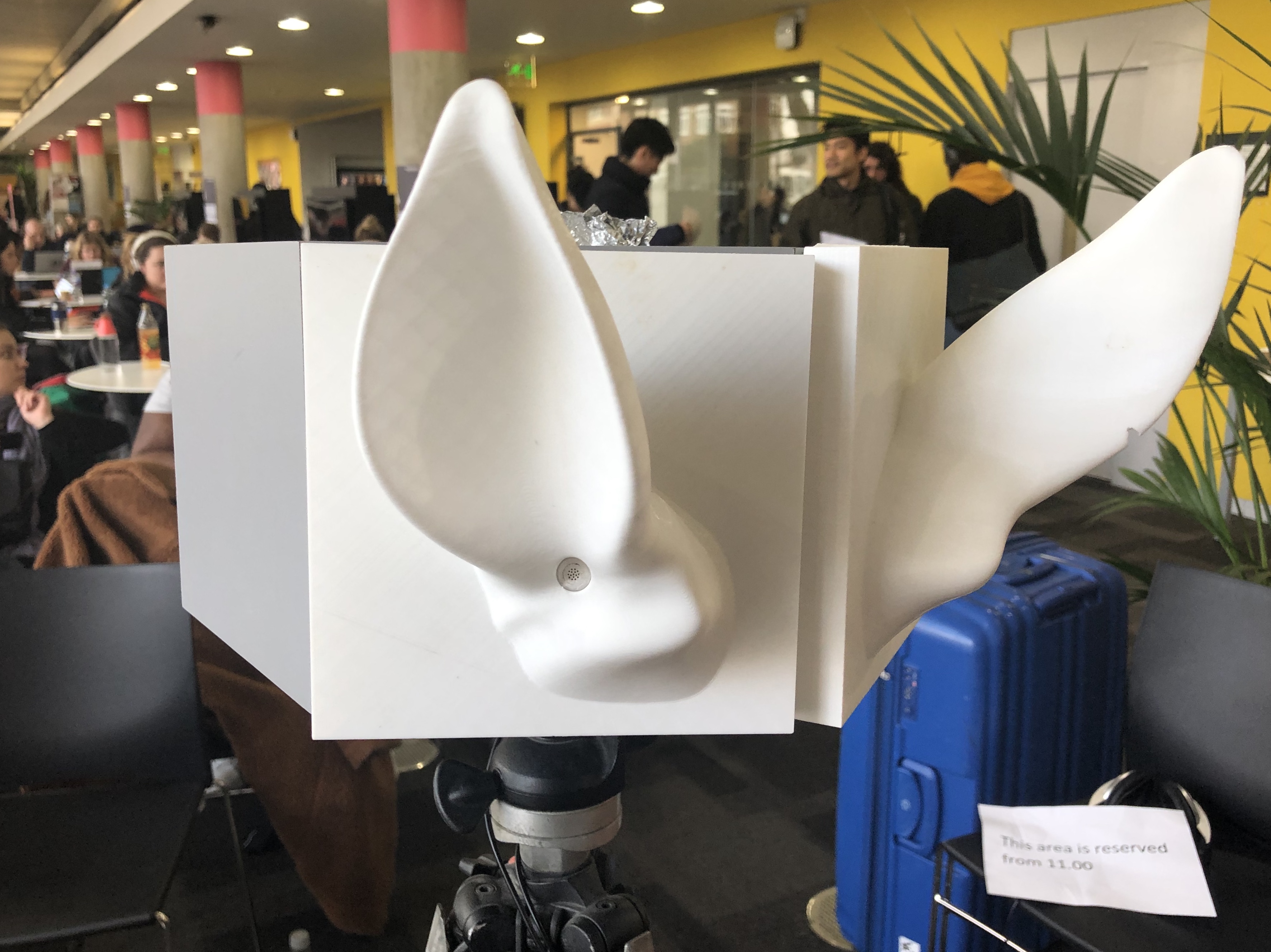 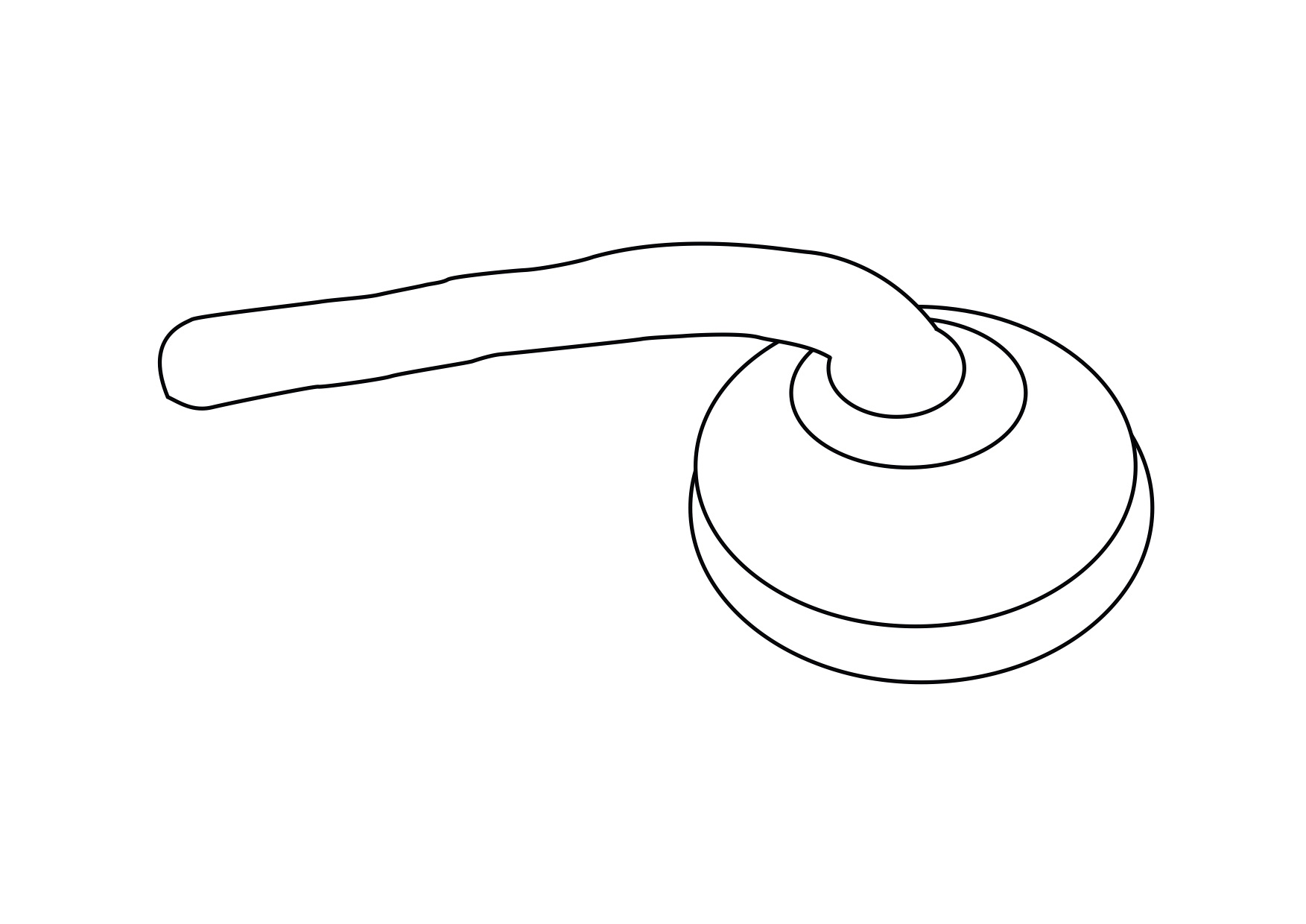 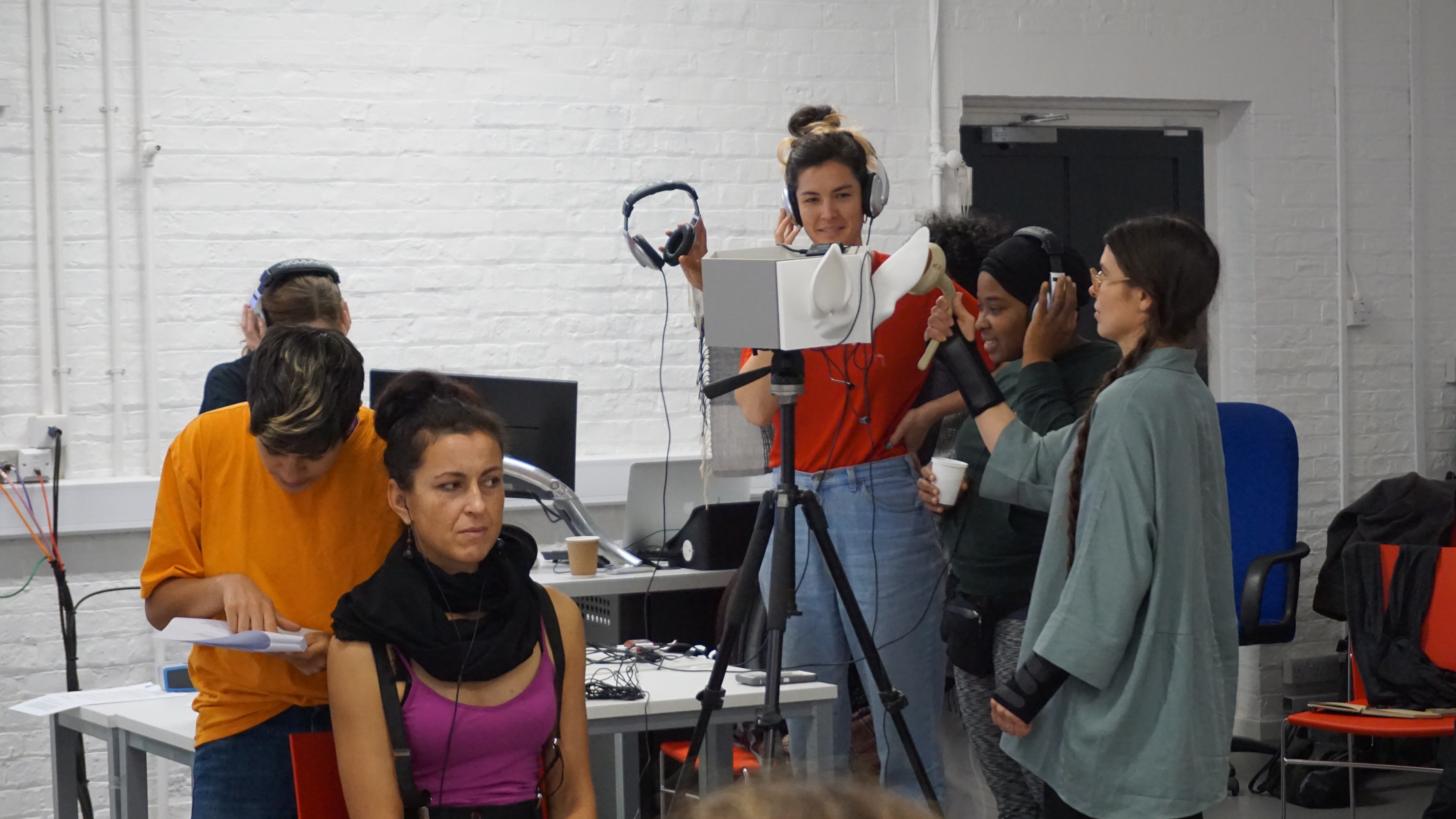 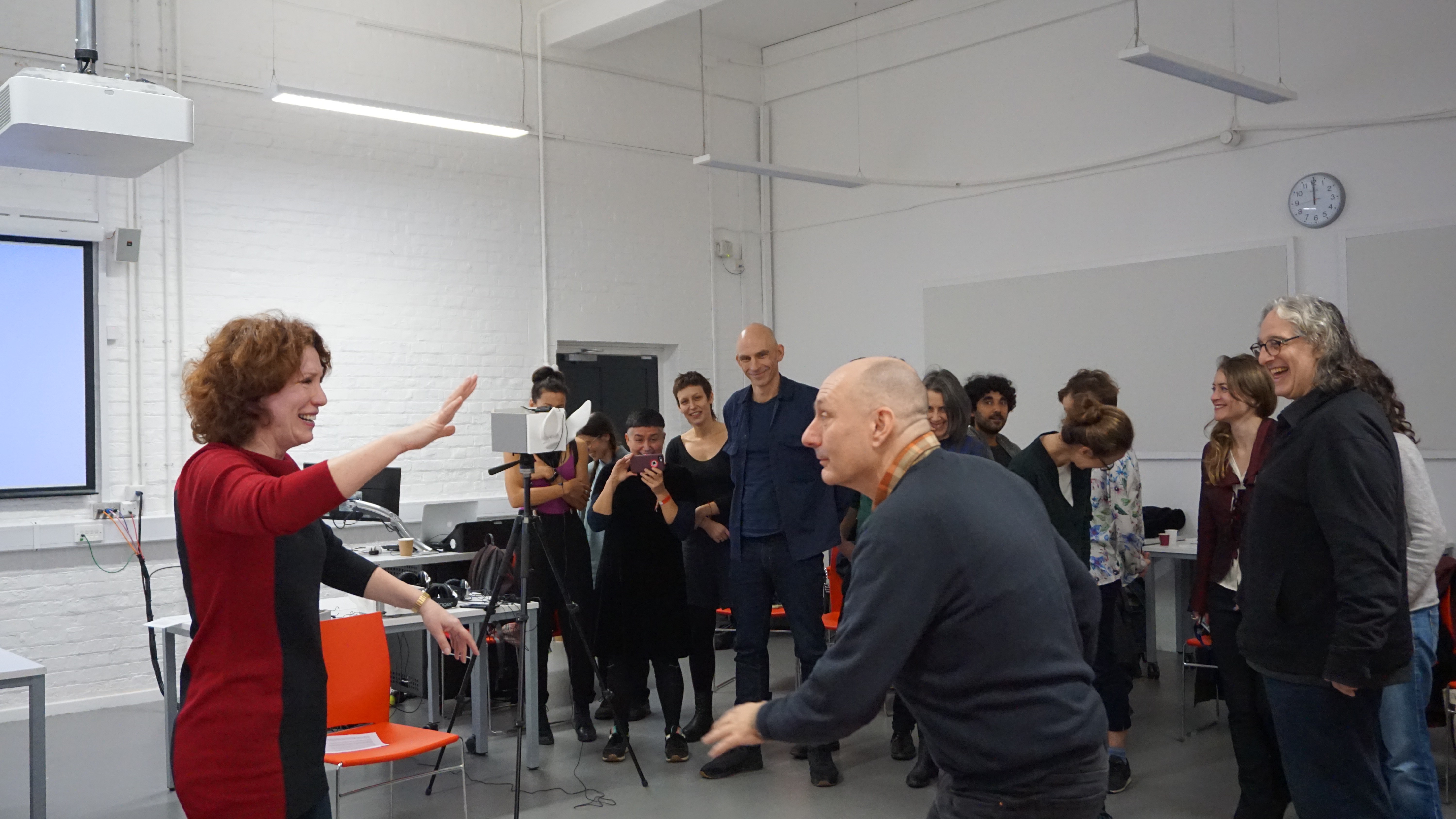 Kelly Marks is the UK’s most popular ‘Horse Whisperer’ or putting it more accurately – specialist in understanding horse psychology and behavior, and finding workable solutions to benefit both horses and humans.  Kelly recently assisted the puppeteers at The National Theatre with War Horse to get the right body language. Kelly’s own horse went on the stage for an afternoon Platform Performance.  Kelly was the subject of a documentary made in Namibia – to see if she could bond with a horse that had never seen humans before?  She succeeded. Kelly says ‘I was riding him within a couple of hours and on the third day rode him out into the desert so set him free – because of ‘how I was’ with him, not because of ‘who I am’ if you see what I mean.  All that I do can be taught’.

Kelly has given her own very successful demonstrations around the world – South Africa, Sweden, Norway, Denmark, France, Germany, Luxembourg as well as England, Scotland, Wales and Ireland where she’s helped overcome a wide variety of equine problems such as refusing to load in the horsebox, bucking, bolting, rearing, napping, spooking, shying, biting, kicking as well as nice simple young horses that are ready to have their first saddle and rider.

His research explores complexities inherent within post-conflict and intergenerational trauma in Ireland and how it manifests. As part of the research, Ciarán has made a series of tools that are used throughout the project. He has an ongoing research relationship with a family of donkeys and a group of land snails, exploring interspecies relationships, labour and kinship. Recent research methodologies have centred around a table- a thinking pattern for accelerated capitalism, complete with the ‘speculative massage tools for a family of donkeys.