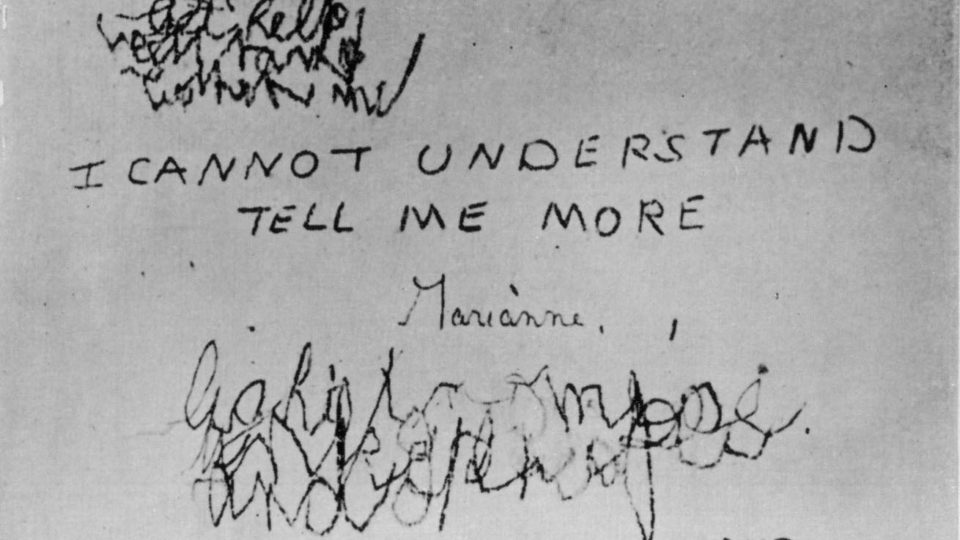 Borley Rectory wall writing. Plate V, reproduced from The Most Haunted House in England by permission of Dr Paul Tabori

Origin: Late 16th century: from French emmurer or medieval Latin immurare, from in- ‘in’ + murus ‘wall’

To be immured is to be bricked in, to be literally enclosed, entombed within walls. This weighty gravity, this anchoring, allows for the immateriality of the realm of imagination to hold sway. Or perhaps this threshold space allows or acknowledges the very hypermaterial nature of matter? An anchorite, another name for a hermit, is a religious recluse, someone who is bricked into a cell, someone who seeks to deny the material world in order to gain access to a transcendental other. What might it mean to be fixed in place? To be interred, willingly or not, into an immovability? In a violent separation of the body and mind what other ruptures occur? Or is this separation possible, and what might break through the wall to rupture the space-time of the performance? What other possibilities might this open up?

Katharine Fry
Video installation staging the first compression, of desire into the body.

Her mouth full, her head rolls from side to side.
Sometimes she is on top.
Sometimes you are.
She wants you. She wants you to want her too.
Caught in the space of desire, this tension is a trauma itself.
Hold on or let go. 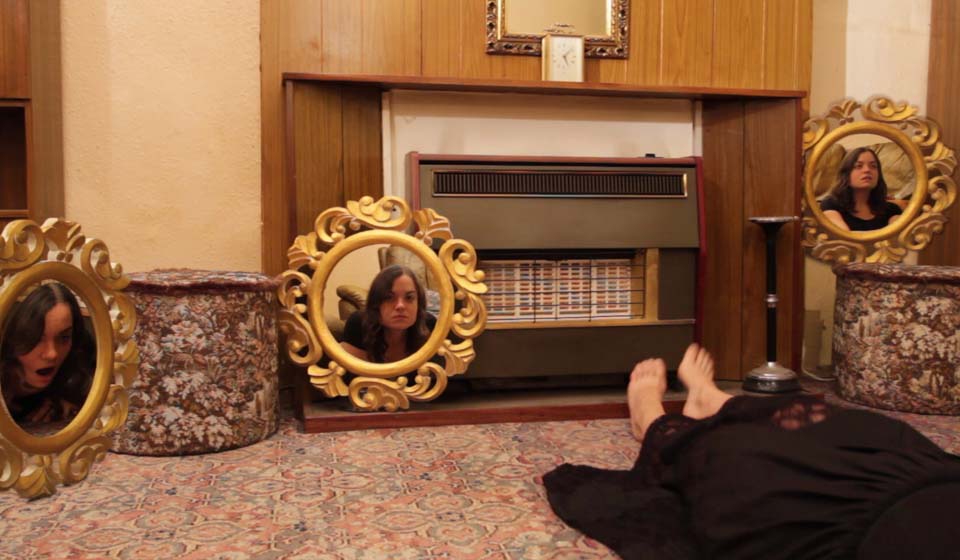 Katharine Fry’s videos start with a site responsive performance gesture by a woman, contained first by her interior then by the screen frame. The violence of the cut adds another physical imperative to the contained body. Fry then stages her videos as encounters with bodies. Each work plays out as an intimate confrontation with the viewer invited to perform a particular physical proximity.

Video documentation can be found here.

The script for Cell can be found here.

Cell was written and staged for a cubicle containing a Victorian slipper bath in the Laurie Grove Baths Building at Goldsmiths. The audience was asked to move and root themselves in different viewing points between sections of the reading, echoing the shifts in the writing between different states of fluidity and fixity. Moving between anecdote, fact and theorisation, the materiality of soft bodies in states of flux, water vapour and mould become enmeshed with the weightiness of concrete, the security of building foundations which fix bodies in place. The founding structures and concrete thinking that orient and immure communities of belief are seen to enable a fabulation, an enchantment in which believers are immersed and find their footing. 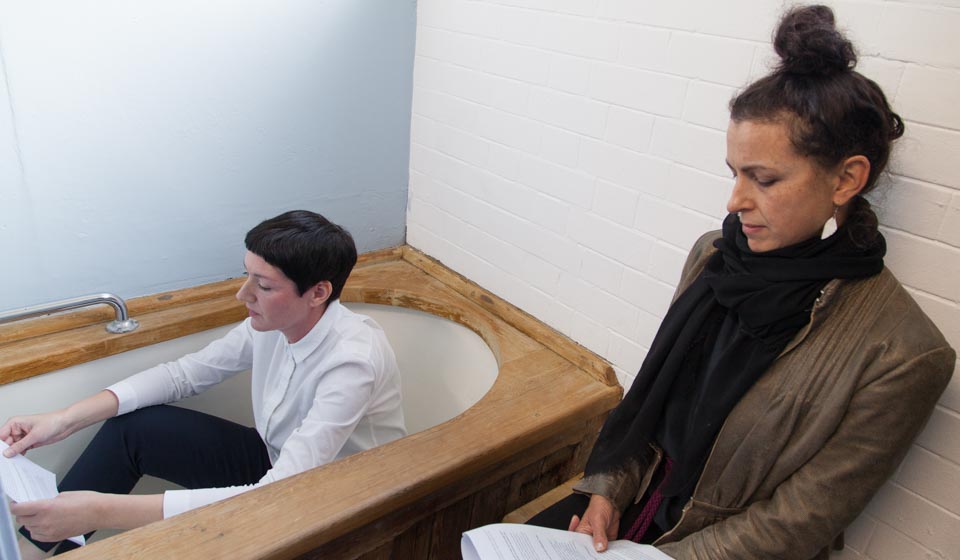 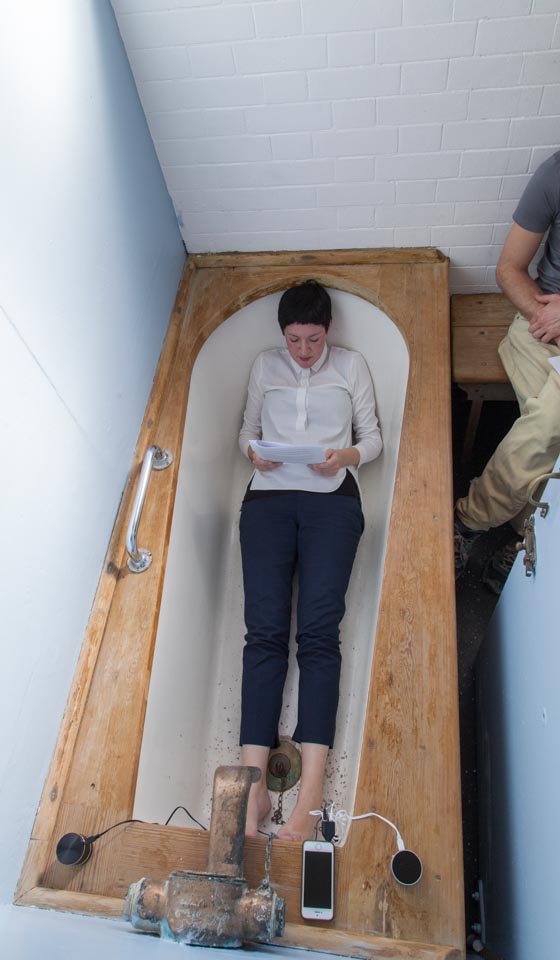 Radio Bifrons locates a demonic transmission occurring in the rupturing site of the performance, on the stairs, and in the walls. Immurement within the crypt stages the scene for this flickering between impossible thresholds and temporalities, wrent by the scream. The crypt, inhabited by the demon Bifrons, is the threshold through which the hypermaterial embodied voice is transmitted. The wall is the cut of an evening struggle, the locus of the site, the impossible recording surface.

The scream is the violent destruction of language through the embodied aurality of the voice, in what Elizabeth Grosz terms “the scream-sensation in all its multisensory richness” (Chaos, Territory, Art: Deleuze and the Framing of the Earth, New York: Columbia University Press, 2008: 81)

The embodied scream attempts to counter the short-circuiting of late capital in the search for a vital body. The female voice is given primacy over the disembodied acoustic object, prioritising the voice as a futural response to its concurrent eradication and instrumentalisation. Collapsing immurement through an exorcism-as-methodology produces the scream in all its bloody power as a slaughter of the present, weaponized in the hole it burns through representation. 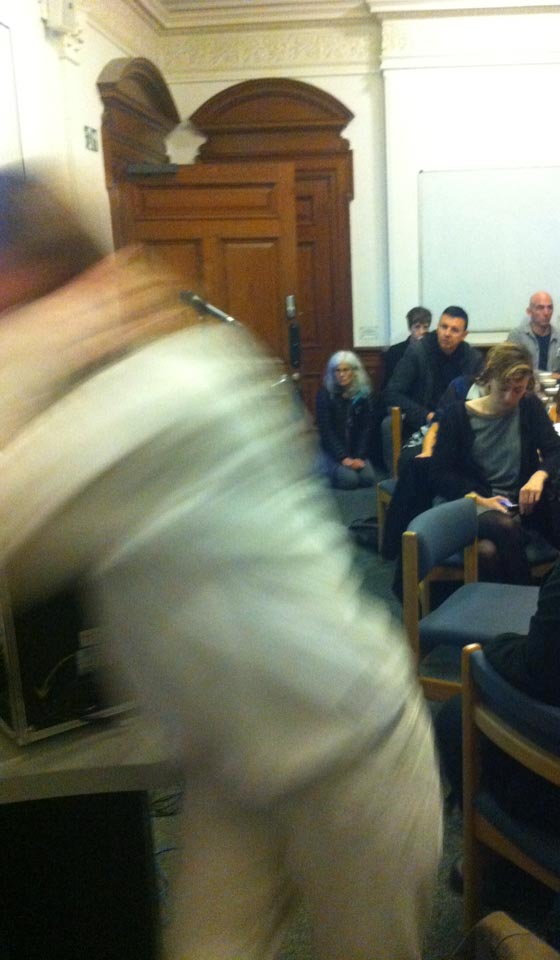 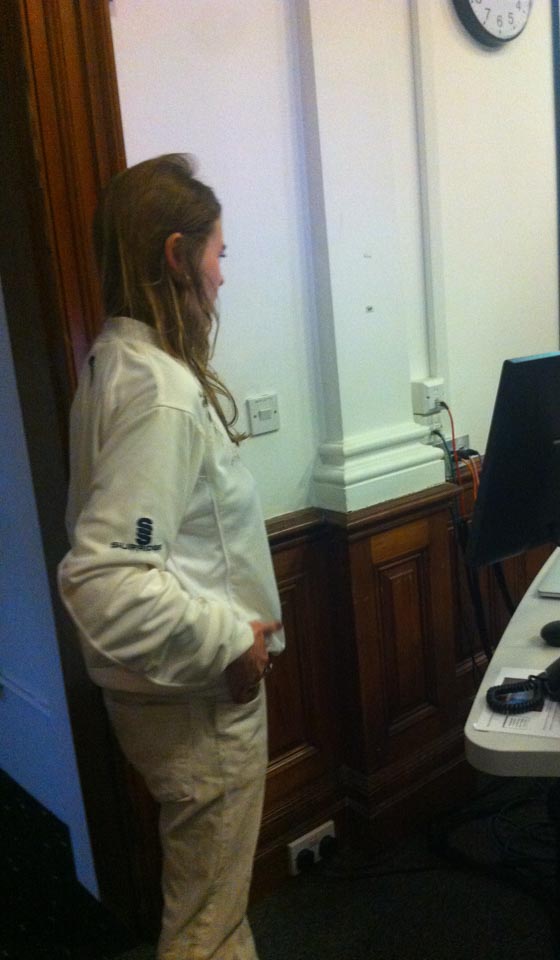 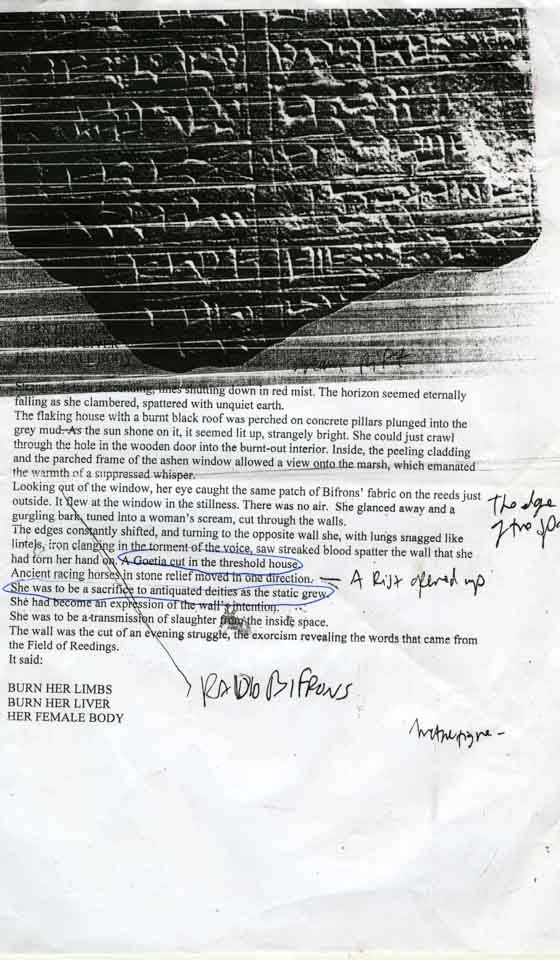 Katharine Fry marries a mid-century aesthetic with a gothic strategy to take up an arrested figure in a rigid system as her primary character. Appearing barely alive, her vitality is only registered through blinks and breaths as she carries carry out arbitrary and ultimately purposeless tasks. Unlike those of fairy tale and myth, these impossible tasks aren’t followed by any transformation or resolution. Instead her characters linger between inertia and withdrawal and her work is permeated with ambivalence, caught between enclosure and protection. Through a feminist process, Fry turns her interest to enmeshment and individuation, questions of agency, strategies of in/action and pathologies of development.

Sophie Sleigh-Johnson is an artist based in Southend-on-Sea, Essex. With a background in music, the practice involves sonic and spoken performances, and occasional broadcasts of ‘Chthonic Live’ on Resonance 104.4 FM. She is working on a PhD at Goldsmiths College called Radio Bifrons: Broadcasting From The Marsh. In 2015 she published 'Chthonic Index' in collaboration with Simon Martin and Timothy Morton.

< Previous Document
This website uses cookies to improve your experience. We'll assume you're ok with this, but you can opt-out if you wish.Accept Read More