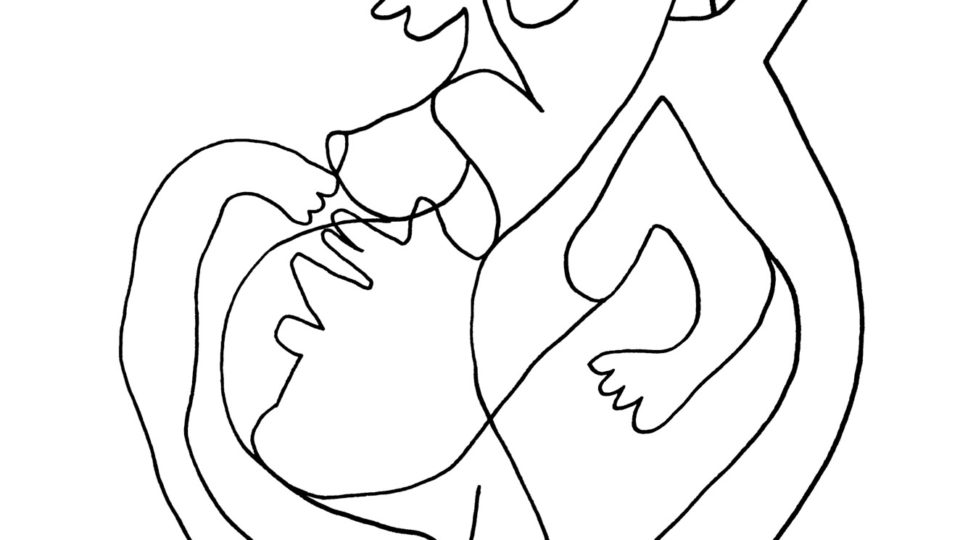 Sarah Diehl and Morna Finnegan were invited by Anna Gonzalez Suero and Marlene Haring to a Goldsmiths Art Research Seminar in two parts, followed by an open discussion.

We start by talking a little about the visual landscape of reproductive rights, focusing in particular on a few examples of antiabortion campaign imagery and tactics and a few things prochoice advocates have confronted in recent years. Why is it so difficult to find 'positive' images and symbols of abortion? (Petchesky 1987, 264) Is the visual an effective tool for prochoice? We will be thinking about prochoice imagery. Together, we will explore some approaches, following the idea 'that there is no single best view of pregnancy and thus no single best way to represent it' (Shrage 2003, 96).

Most theories of human origins take little account of female reproductivity and explain the emergence of modern humans through male reproductive strategies or preoccupations with subsistence or warfare. A growing volume of research demonstrates that cooperative childcare, grounded in female coalitions, was an essential precursor to the 'emotional modernity' which defines our species. Why has this been largely ignored in recent debates on human evolution and cognition? I argue that systems based on contact and response, as opposed to control and command, are the ancient template for humans. What are the political and social implications of research into such systems among egalitarian hunter-gatherers today?

Sarah Diehl is a novelist, filmmaker and writer from Berlin, Germany. International reproductive rights have been her main research topic and her books (The clock which doesn't tick) and films (Abortion Democracy - Poland/South Africa). Sarah is countering negative stereotypes of aborting women and women who choose not to be mothers. She co-founded together with prochoice activists from Poland the network Ciocia Basia, who supports women in Poland to come to Berlin for accessing safe abortions in a friendly setting.

Anna Gonzalez Suero is a visual artist based in Cologne, Germany. Anna studied at the Copper Union for the Advancement of Science and Art in New York and received her BFA from Gerrit Rietveld Academy in Amsterdam. She has exhibited in international locations such as Alpha Nova Galerie in Berlin, Diana Stigter in Amsterdam, and Angels Gallery in Barcelona. Anna is currently a doctoral candidate in the Art Department at Goldsmiths, University of London. http://annagonzalezsuero.com
http://notmyscan.com.

Morna Finnegan began with women's studies (UEL) and got her PhD in social anthropology (Edinburgh) on women’s political position among egalitarian hunter-gatherers in Central Africa in 2009. She has since published several papers (Journal of Royal Anthropological Institute, Hunter Gatherer Research). She is currently combining motherhood with work on a monograph based on her doctoral thesis, which will focus on the reproductive politics among egalitarian hunter gatherers. She has recently co-edited Human Origins: Contributions from Social Anthropology (2017)

Marlene Haring studied Art at Chelsea College of Art and Design (1998) and the Academy of Fine Arts Vienna (MA 2005). In her performances, interventions and installations, she deals with the social construction of places and events. She reflects and intervenes on the site-specific regulations and conventions which govern relationships and behaviours. She is currently writing a book from the perspective of sculptures of female bodies in public places, some of them pregnant, who, discovering amazing powers of endurance and memory, the limits of their patience, their sisters and their sisterhood, come down from their pedestals joining the march for equality. marleneneharing.info