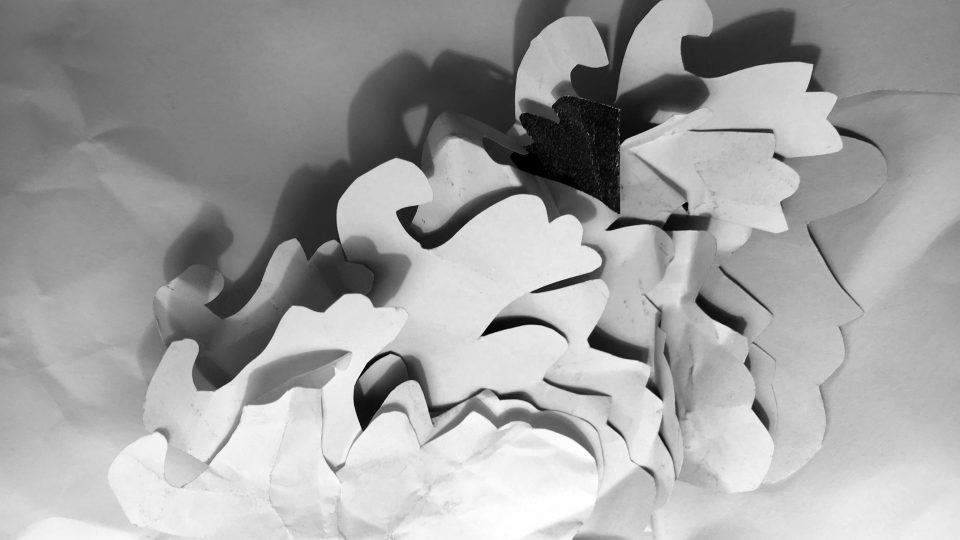 Is screaming an end in itself, an endless gesture, a symptom, or the valorization of a void?

The seminar “SCREAMING (SCREAM SCREAM) O VOID O” posited three feminist responses to this gesture in /of and back to the void through a constellation of performance, conversation, correspondance that channels in and out of body  / signal / gesture.

In the thickly fusing force field a metal crosier divinates frequencies, a tuning fork pierces through the anterior presence of the spell. Burning a hole in the preset. Hidden recordings surface, as the synchronous Bachall Isu becomes a radio antenna, thrust into the language, the marsh pauses, drains: Unutterable signal from radio exorcism is the propulsion - out of time - from a scream - out of signal.

For this seminar, Sophie Sleigh-Johnson performed ‘Down Curse (2018AD-2018BC)’ followed by a collaborative response with Jonathan K Shaw, called ‘Re-void: Re-verse: Signalling Through The Flames’ that insufflated how the magic earth of Artaud’s “strange channels” can transmit chthonic frequencies when transposed to the scream of an heretical marsh xone. With additional assistance from Essex mud, Guillaume de Machaut songs, and fire flash paper. 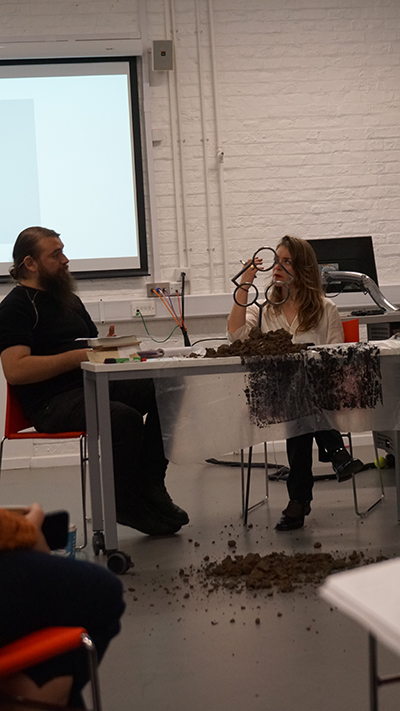 Could one understand screaming as a gesture “without end”? Gesture as neither a work nor an act of power but a mode of relating in the body and in the voice suspending, at least for a while, instrumentality and destiny and undoing objectivity and its related subjectivity? Here, I understand gesture as living, acting, being-in-relation in the mist/ midst/ mud/ in the privation of form. The question being, for how long can one be held in the “midst” of a scream, of screaming, without falling again and again into structures of reproduction, representation and visibility?”

As part of SCREAMING (SCREAM SCREAM) O VOID O, Teresa Calonje invited Jenny Doussan, lecturer in Visual Cultures at Goldsmiths. They discussed what was at stake in gesture through the early work of artist La Ribot and the reading of excerpts from three essays in Giorgio Agamben’s Means without End (2000): "Marginal Notes on Commentaries on the Society of the Spectacle”, “Notes on Gesture” and “Notes on Politics”. 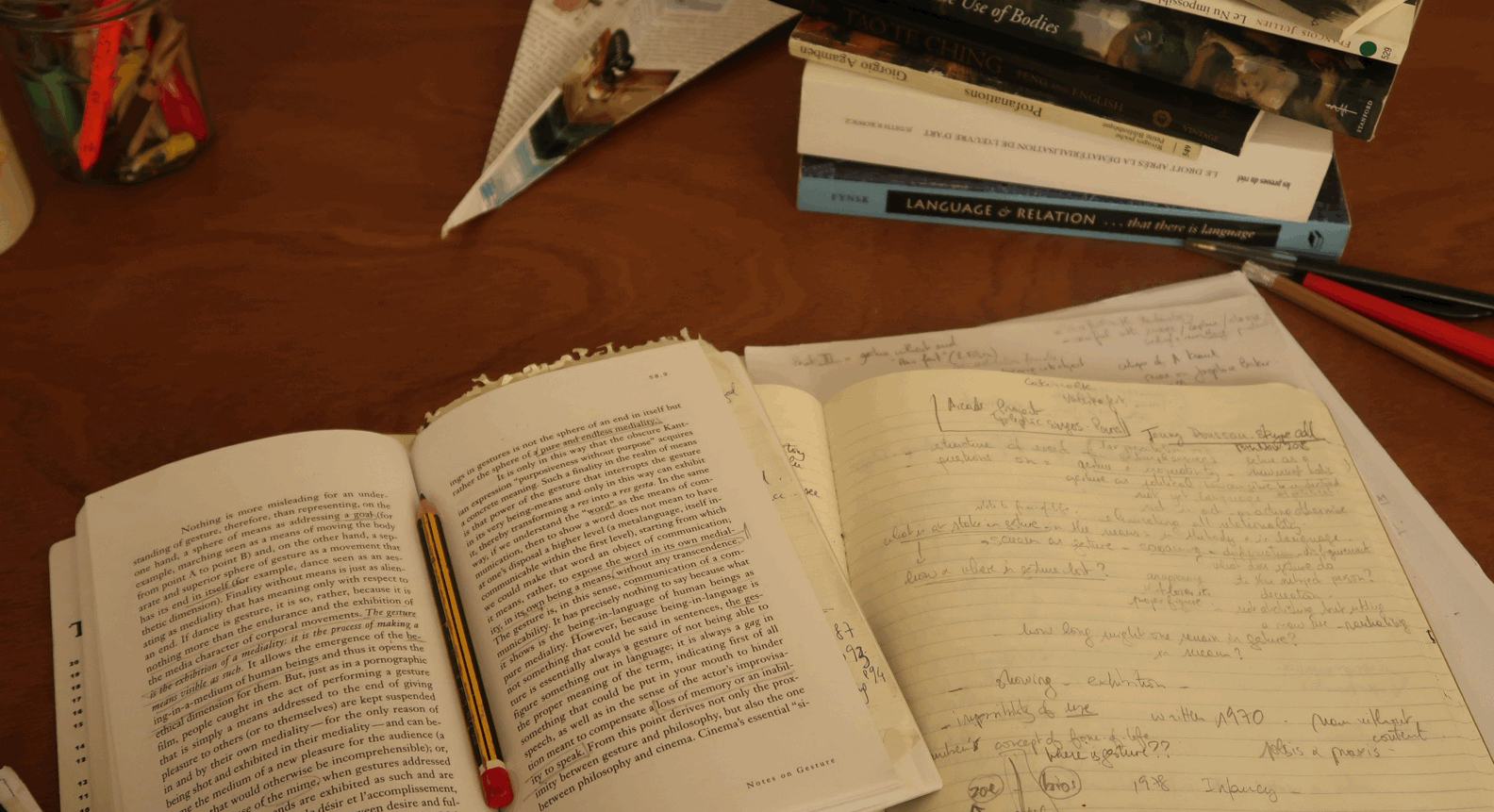 I have never seen anything like this before. It is shocking how large my uterus looks, how much space there is. My uterus appears larger than life in poor image quality, displayed on a television. The screen is mostly black and remains black for awhile. My ultrasound image reminds me of the black screen prior to a film's beginning, the classic opening sequence of a film. It actually reminds me of my own films.

For this seminar, Anna Gonzalez Suero recited a short autoethnographic text, which now forms part of her thesis. The departure point for the text was an email exchange with Nina Power concerning 'void-feminism' (Power 2017).

Alongside the text, Anna screened the following two short videos. 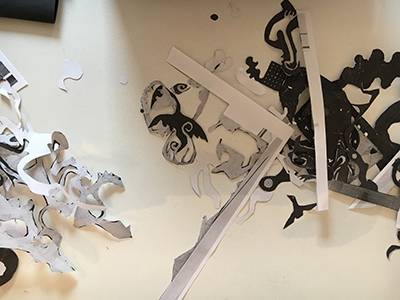 Videostill of A RESPONSE TO NINA’S PAINTING, 2:51MIN, silent

Anna Gonzalez Suero is an artist based in Cologne. Her work is heavily influenced by feminist theory. The use of the fetus as an artistic motif is an ongoing project of hers. www.annagonzalezsuero.com

Nina Power is a senior lecturer in philosophy at Roehampton University. She is an activist, writer, and the author of One-Dimensional Woman (2009). www.ninapower.net

Sophie Sleigh-Johnson is an artist based in Southend-on-Sea, Essex. With a background in music, the practice involves sonic and spoken performances. She is working on a PhD at Goldsmiths College called 'Radio Bifrons: Broadcasting From The Crypt'. Recent projects include 'Caeldwiellla' with New Noveta, and occasional broadcasts of ‘Chthonic Live’ on Resonance 104.4 FM. In 2015 she published 'Chthonic Index' in collaboration with Simon Martin and Timothy Morton.http://www.sophiesleigh-johnson.co.uk/

Jon K Shaw is a writer, editor and educator based in southeast London. He teaches in the Department of Visual Cultures at Goldsmiths, University of London; City & Guilds of London Art School; and West Dean College. With Tom Robinson he founded and edited Rattle: A Journal at the Convergence of Art and Writing, and with Theo Reeves-Evison edited and introduced the book Fiction as Method(Sternberg, 2017). His ongoing research concerns immanence, substrate and the philosophies, cultures, biologies and geontologies of movement, with a particular focus on postindustrial contexts. He is currently working on two books: one on the lucid materialism of Antonin Artaud, and a second on performance, poetry, dance and financial products that suspend oppositions between life and death.

Teresa Calonje is a PhD candidate in the Art Department at Goldsmiths, University of London, currently working on gesture and its appropriation in live art. She edited Live Forever. Collecting Live Art (2014).

Jenny Doussan is a Lecturer in Visual Cultures at Goldsmiths. She is author of 'Writing Lines: Agamben contra Nietzsche' in Cultural Critique (2016) and Time, Language, and Visuality in Agamben's Philosophy (2013).