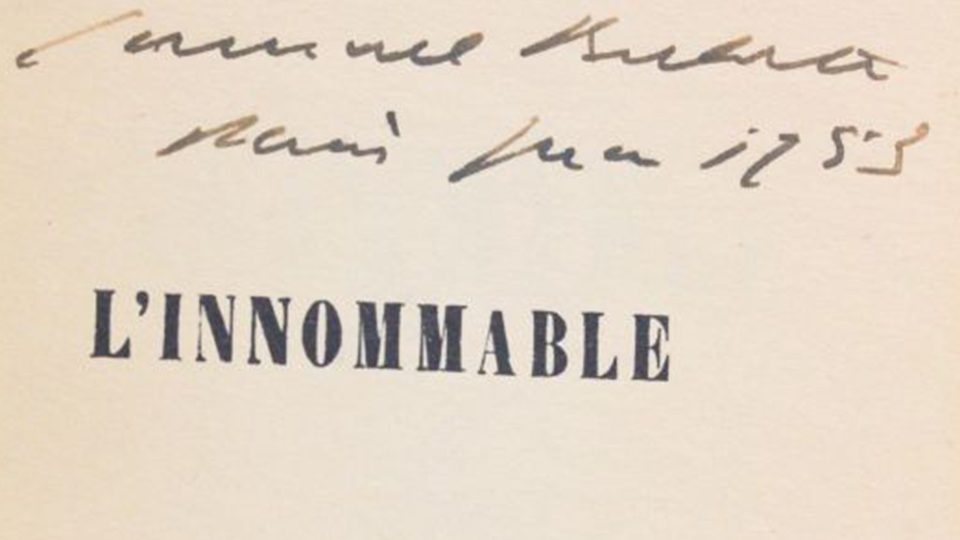 This fourth in the Maladies of the Book Symposium looked at Samuel Beckett, the great prose-poet of cosmic textual exhaustion. We began with a reading of the crucial late text Company followed by meditations on Beckett’s complex and variegated relationship to the visual arts and other matters. With guests including:

Daniela Caselli (Professor of Modern Literature, University of Manchester), who led a reading of Company (1979, collected in Nohow On 1989).

Andrew Renton (Professor of Curating, Goldsmiths), who presented the paper “Like something out of Beckett”: Beckett in his own image.

Derval Tubridy (Senior Lecturer in the Department of English and Comparative Literature, Goldsmiths), who looked at Samuel Beckett and Moving Image Art

The Maladies of the Book series is organised and run by Josh Cohen and Professor Michael Newman as a joint initiative between the Centre for Philosophy and Critical Thought and the Art Research Programme at Goldsmiths.  Sessions were held at the ICA.