Gathering #1 - Stéphane Mallarmé - Maladies of the Book, Symposium I: 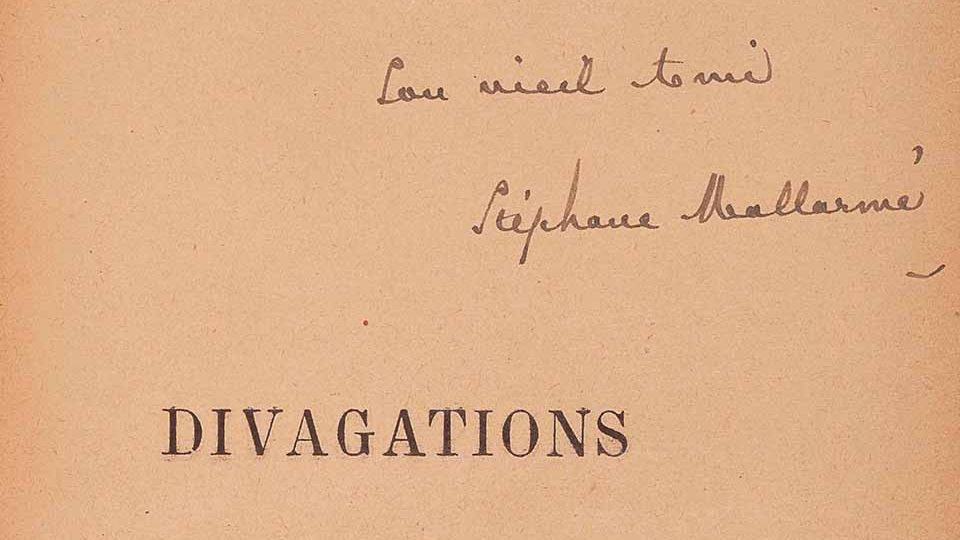 Maladies of the Book, Symposium I:

The poet Stéphane Mallarmé famously wrote, 'everything in the world exists in order to end up in a book’. He never managed to achieve Le Livre as the multi-volume tome, or the performance that would usher in a new age for which he left numerous notes, but in the process, he transformed the understanding and practice of writing and became a source of radical aesthetic practice for thinkers including Julia Kristeva, Jacques Rancière and Alain Badiou.

We return to Mallarmé at a time when the book as codex and repository is challenged by the dispersal of the digital internet, and when ‘book performance’ has become a characteristic mode of art practice with invited guests:

Sophie Sleigh-Johnson who gave a performance and discuss crypt-radio and the radio play ‘Igitur Flotsam’ by Reinier van Houdt (2017).

The audience participated throughout in readings of Mallarmé’s poems and prose texts.

The Maladies of the Book series is organised and run by Josh Cohen and Professor Michael Newman as a joint initiative between the Centre for Philosophy and Critical Thought and the Art Research Programme at Goldsmiths.  Sessions were held at the ICA.

< Previous Gathering
This website uses cookies to improve your experience. We'll assume you're ok with this, but you can opt-out if you wish.Accept Read More