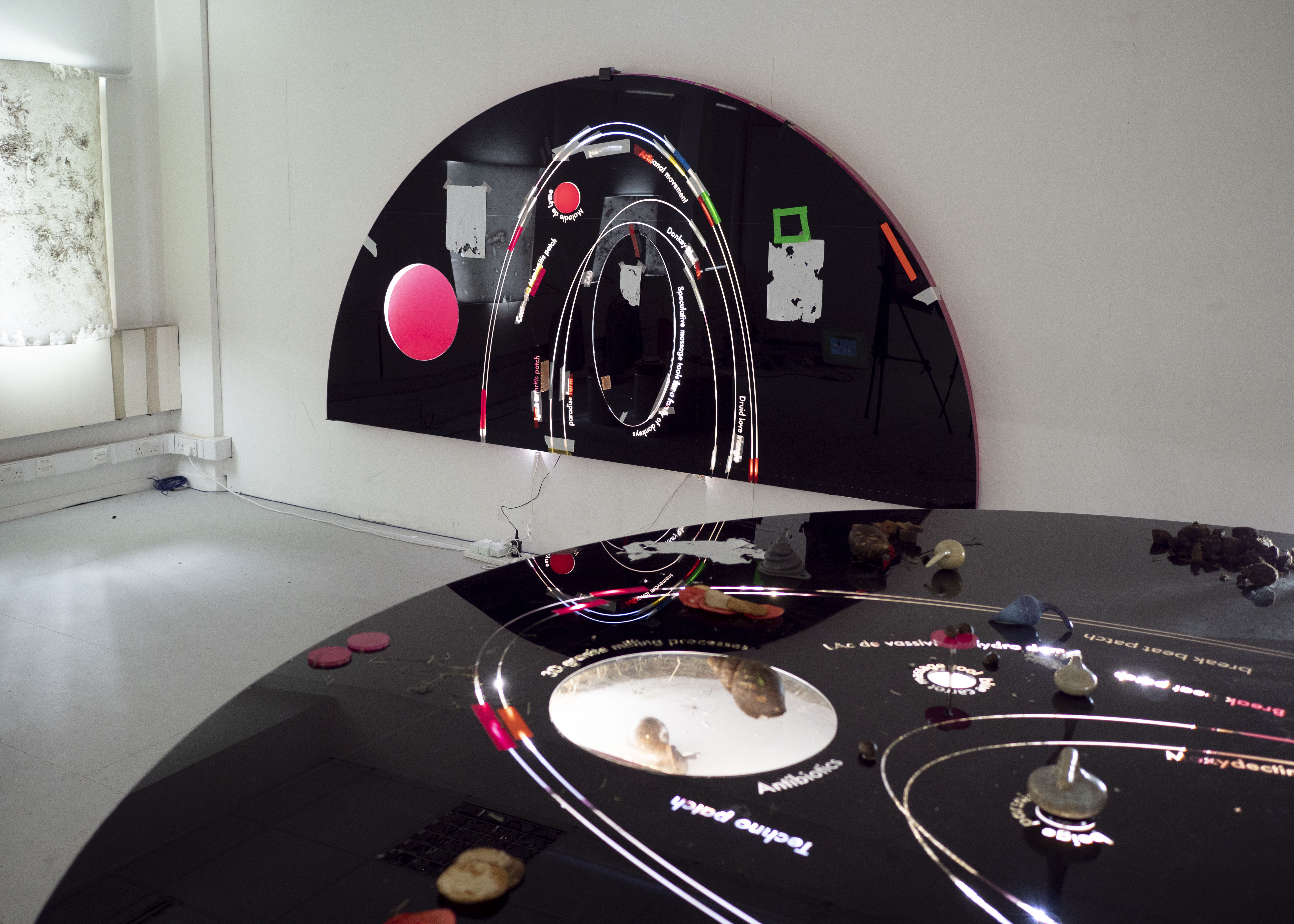 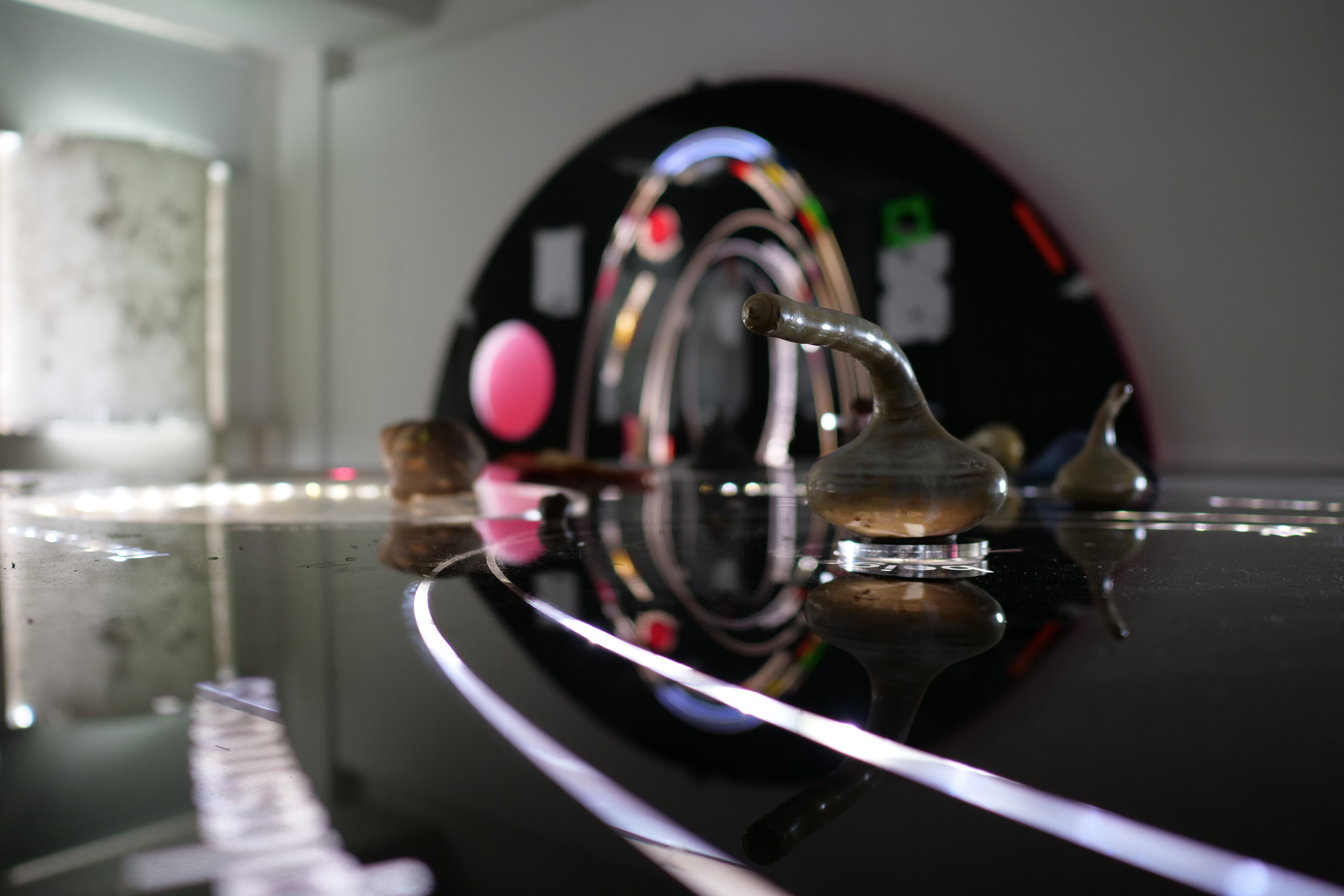 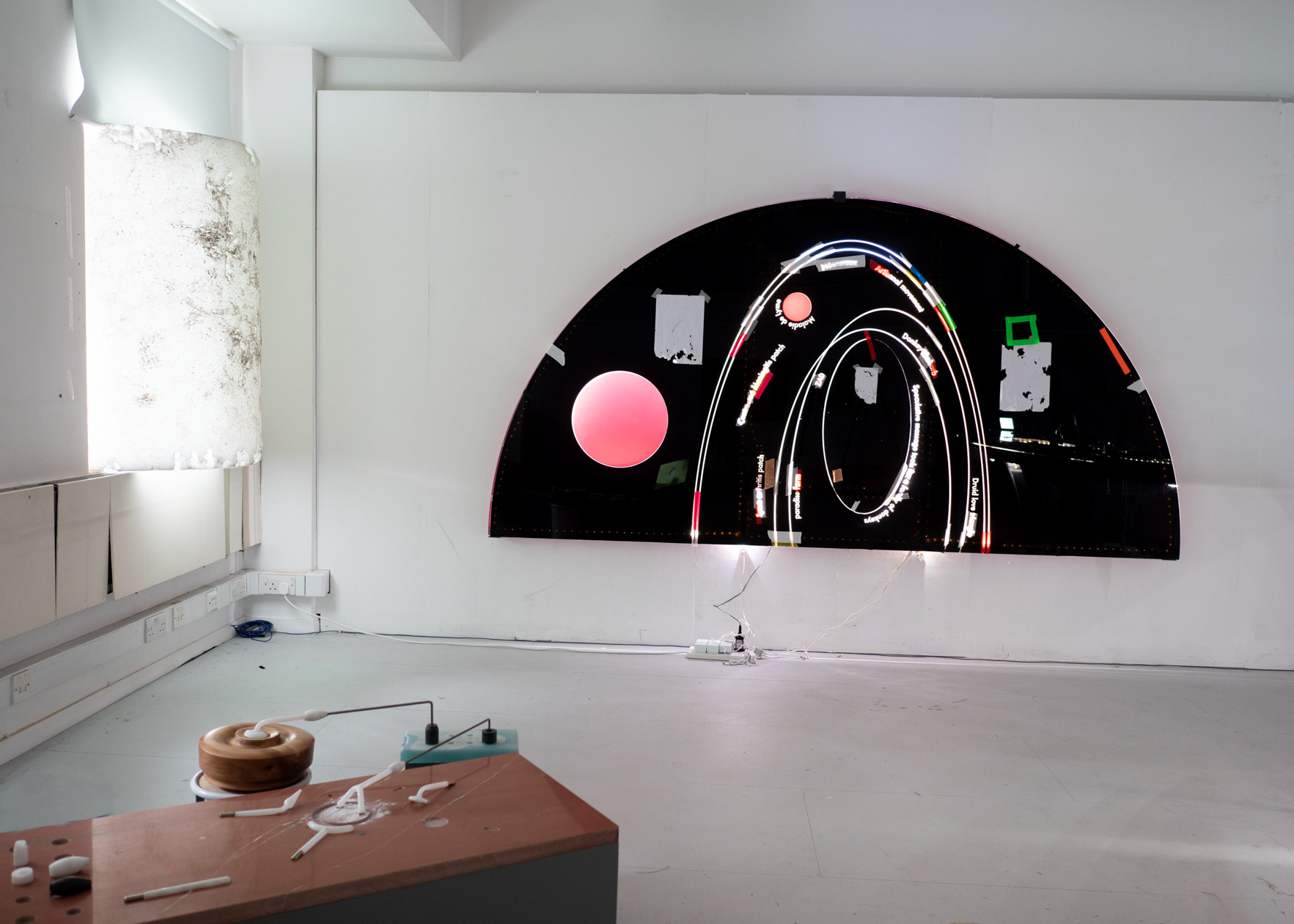 ⦽ is a round table - a discursive research map; a microecology which becomes the physical part of the research. ⦽ is a surrogate equine smart object, hosting the various research aids and companions, including a colony of land snails and ceramic ‘speculative massage tools’. ⦽ acts as an ongoing interface, separated into two metal semi-circular table frames with two large acrylic tops. The surface has a vinyl artwork diagram and text, with an overall diameter of three metres. The printed vinyl diagram forms a micro ecology. The terms of research are displayed and illuminated with LED strip lights (Lyme arthritis patch, Maladie de lyme, Donkey rhubarb, Néoruax artis(anal) movement). The speculative massage tools; monstrously enlarged tick removing tool are repurposed as motion activating tools which are systematically colonised by the snails.

The interrelated nature of the objects, participants and research raises questions within a specific community and cultural movement in vassiviere, France, with the added epidemic and harrowing implications of autoimmune – (tick borne Lyme disease and interspecies arthritis and meningitis). These interwoven ecologies, kinship and tools question methods of dealing with trauma and how we might apply approaches to conditioning, trauma and care, in particular with reference to post-conflict/ intergenerational trauma in Ireland.

His research explores complexities inherent within post-conflict and intergenerational trauma in Ireland and how it manifests. As part of the research, Ciarán has made a series of tools that are used throughout the project. He has an ongoing research relationship with a family of donkeys and a group of land snails, exploring interspecies relationships, labour and kinship. Recent research methodologies have centred around a table- a thinking pattern for accelerated capitalism, complete with the ‘speculative massage tools for a family of donkeys.