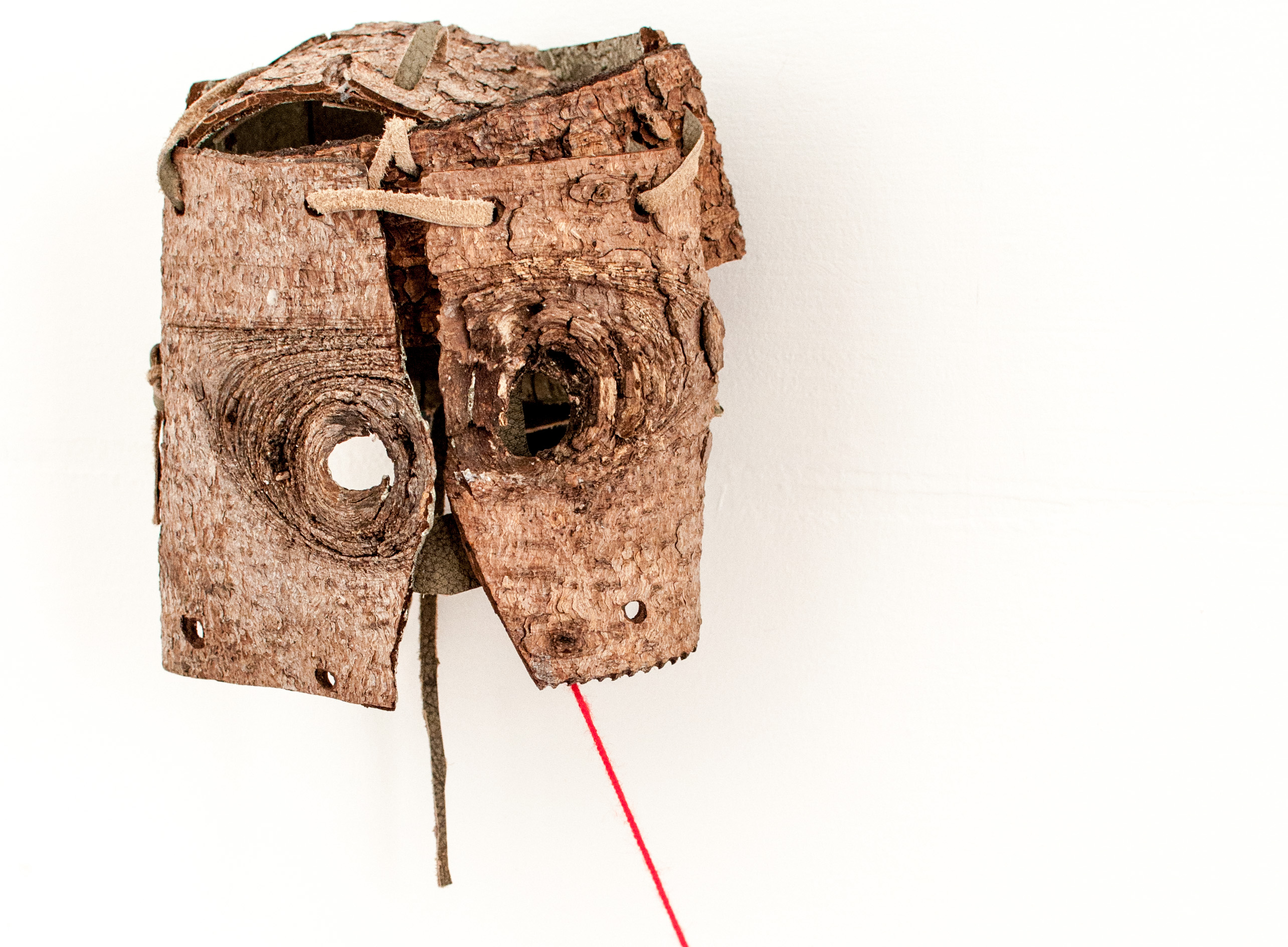 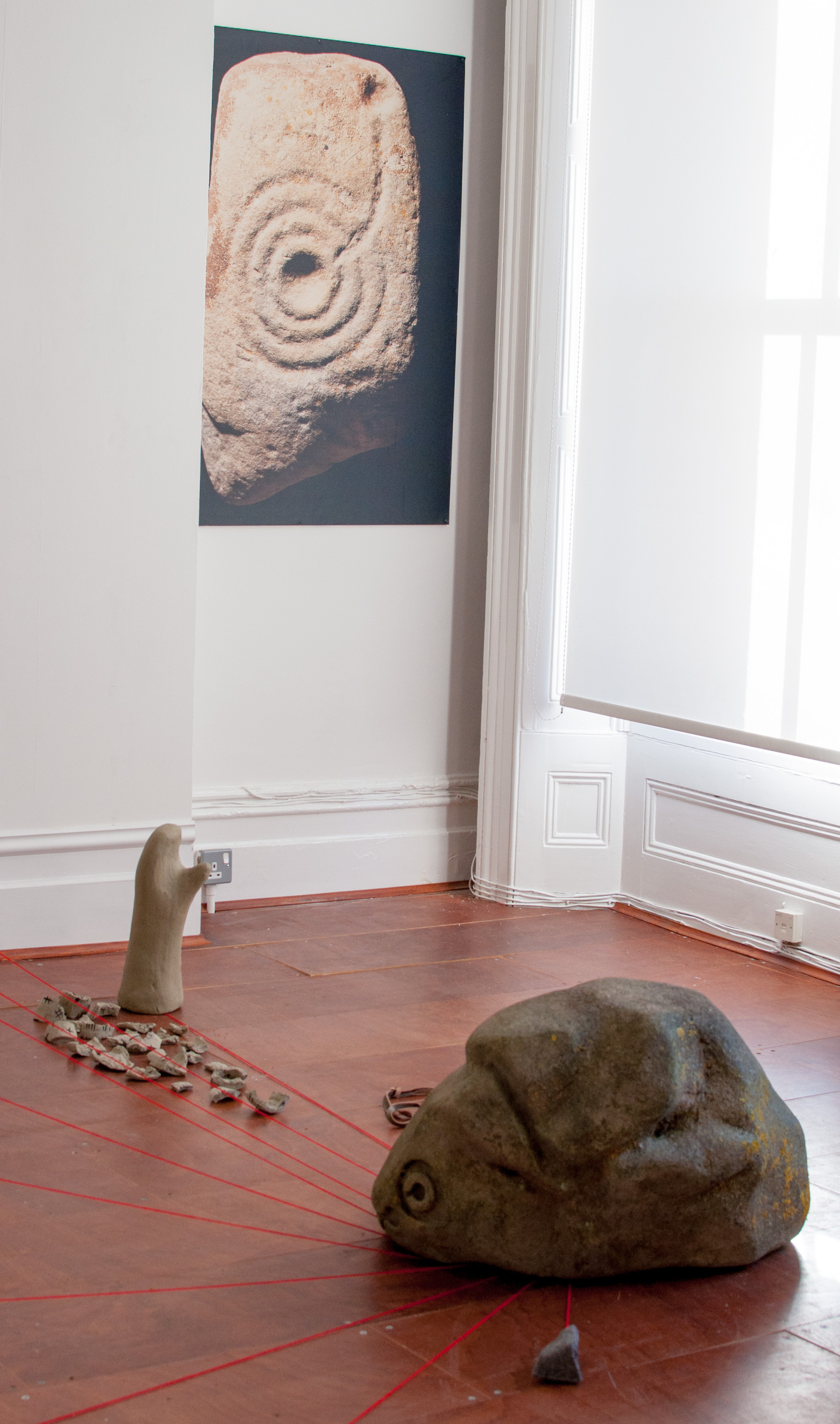 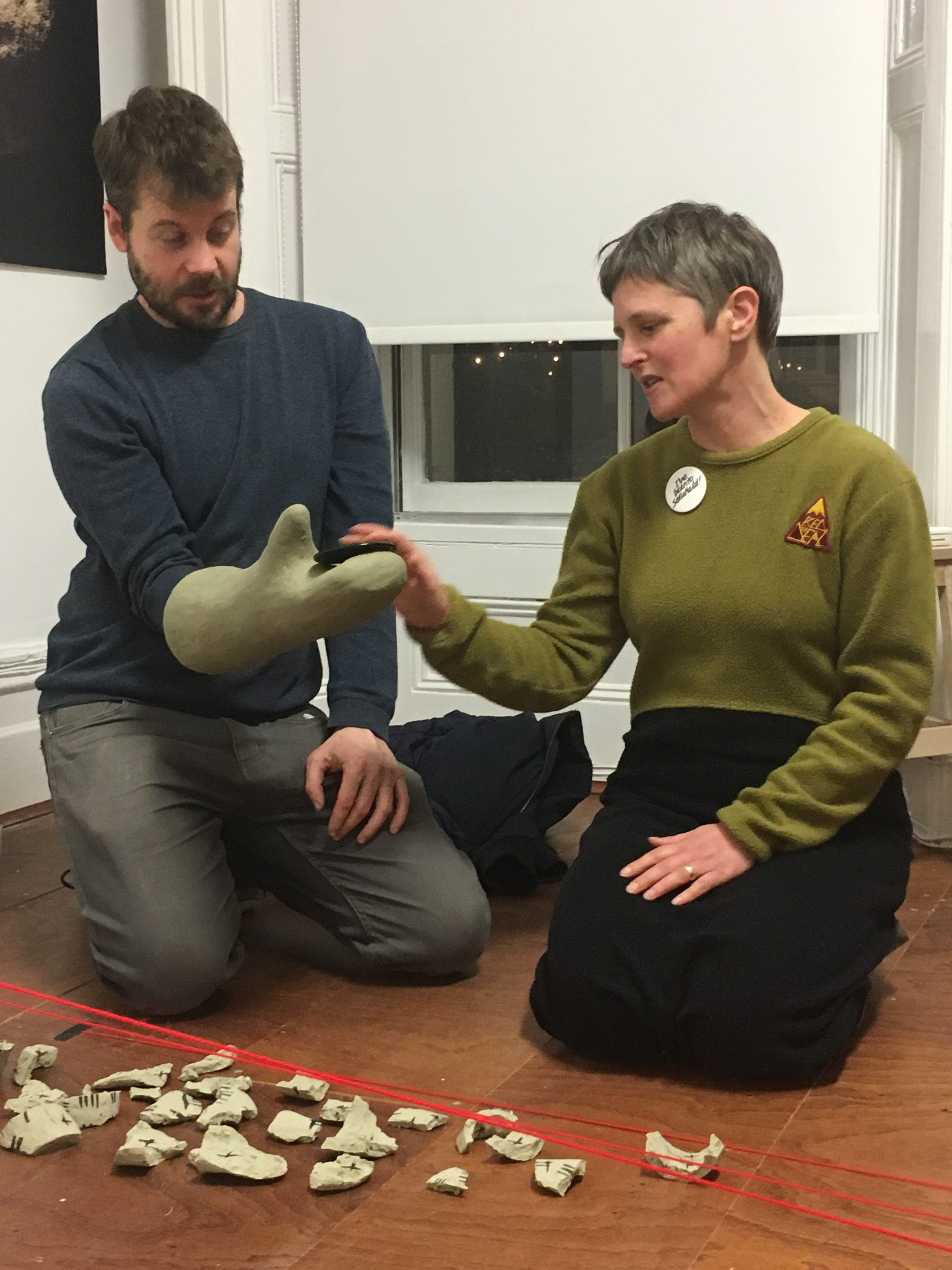 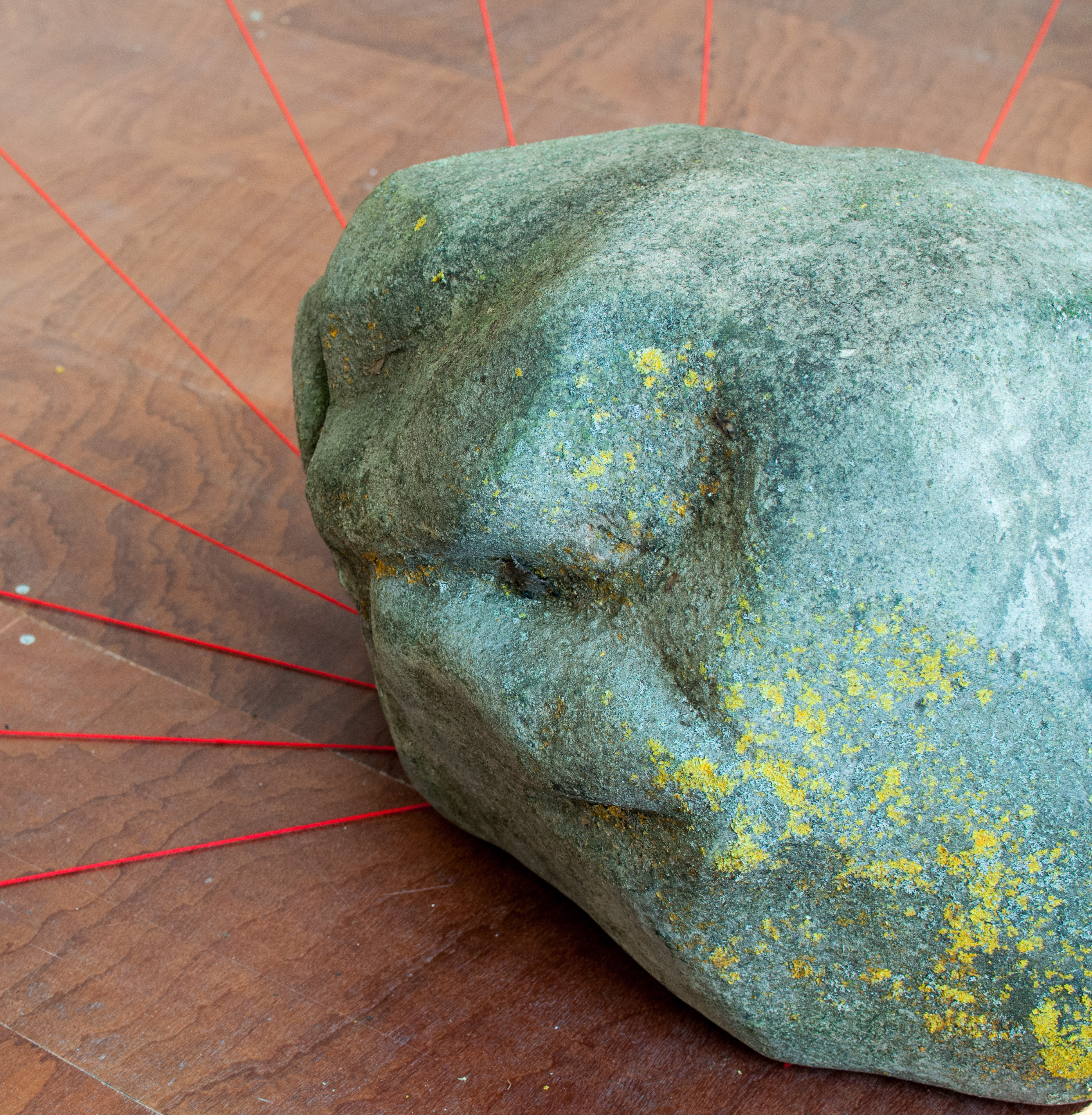 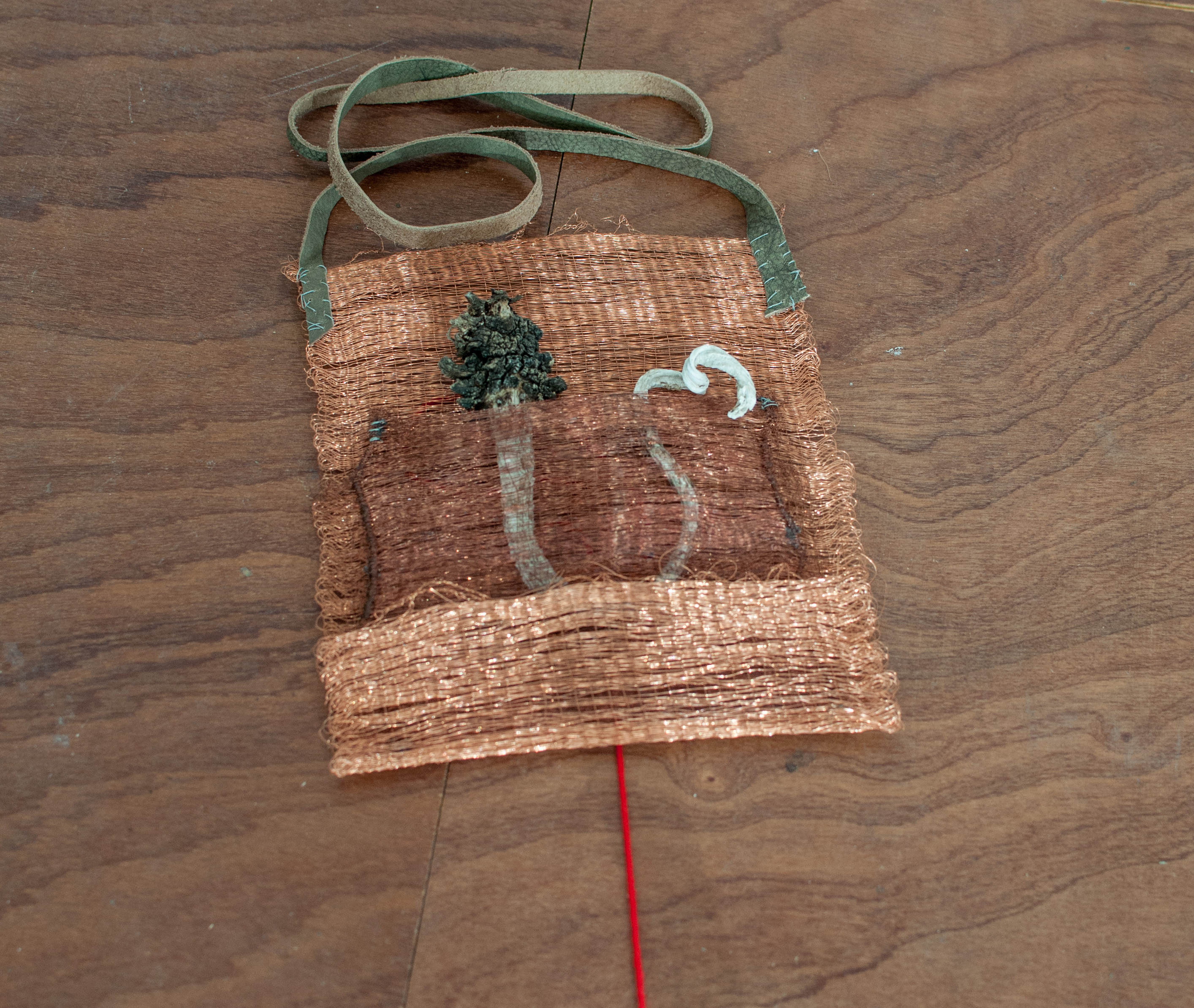 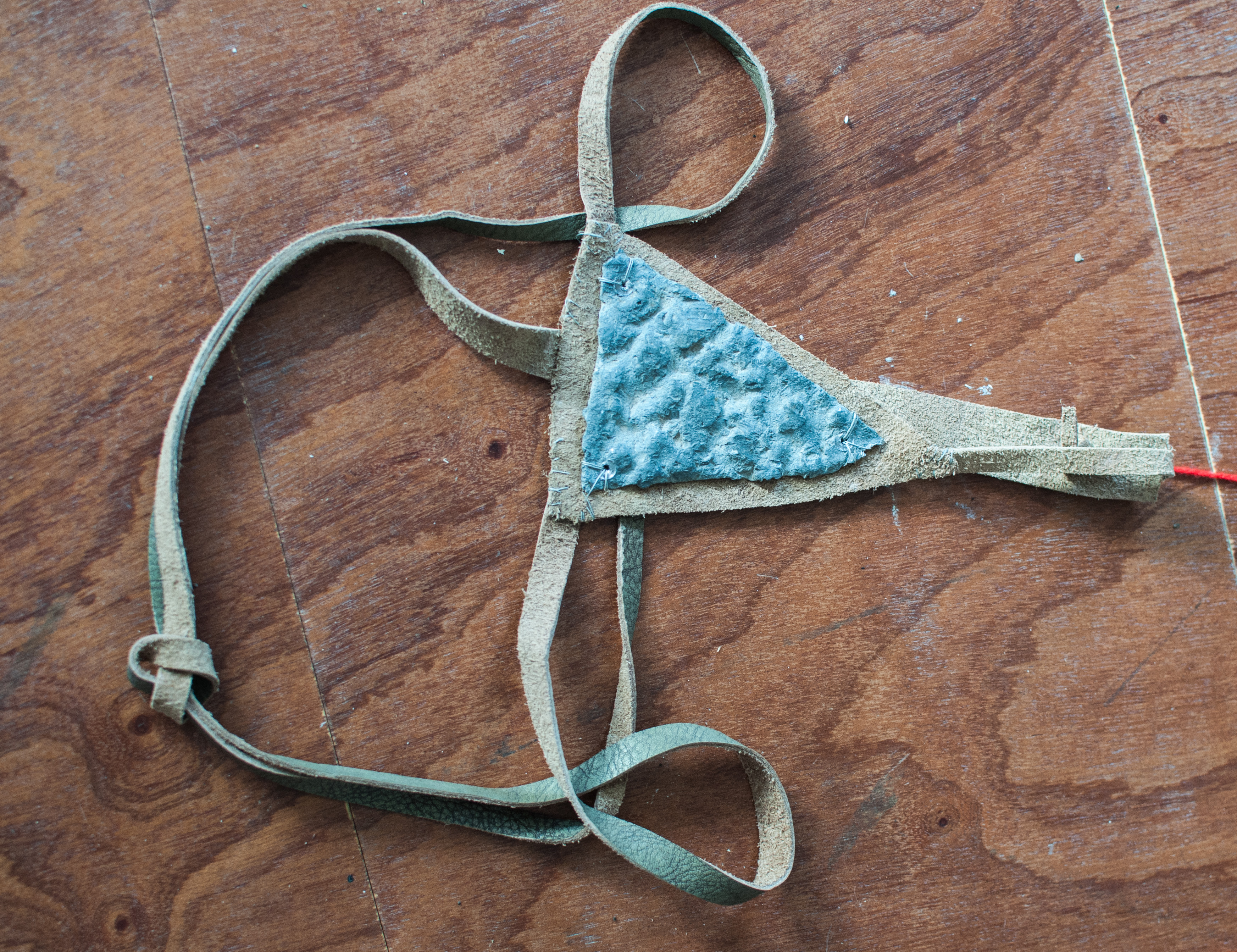 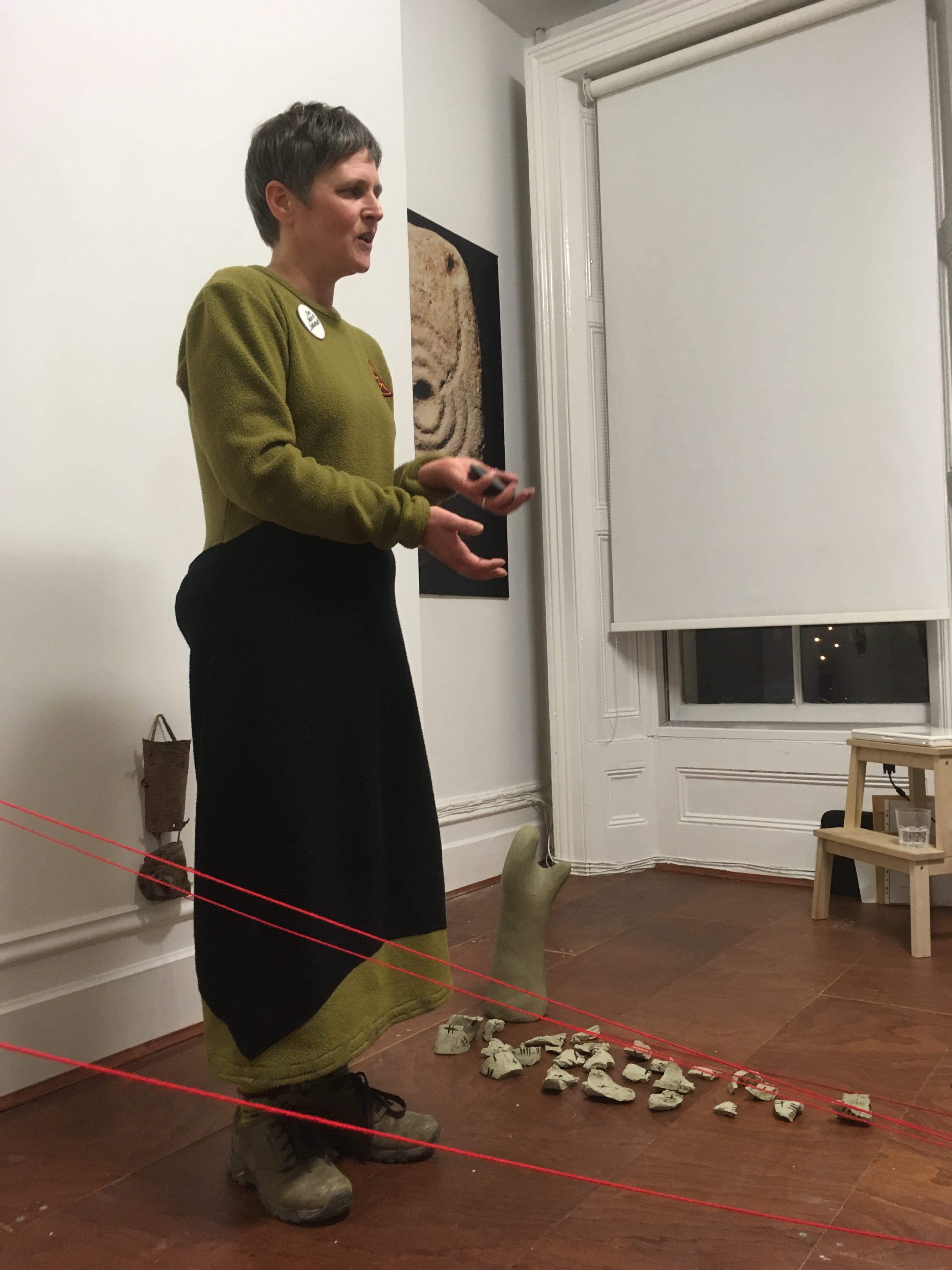 This is a strange reading exercise.

Attempt to negotiate the spaces in between.

They’ve come in pairs, but there’s an odd one out.

This wasn’t what I planned.

Roll it around in your mouth, feel it click against your teeth.

Run your rough tongue over the slick, the slippery, the sly.

Sit a while, why don’t you?

Let particles settle, build up in layers, but guard against fossils.

Let Penelope unravel you, break the thread, tangle it up.

She’s his daughter, but maybe she shouldn’t be.

Only partly formed, a substitute actor who hasn’t learnt all the lines.

Lead is the daughter of uranium.

Lead sediments in your brain.

No, no, not the hairy kind.

Bridget Kennedy is an Art practice-led PhD candidate at Goldsmiths University of London, focussing on industrial heritage and the legacy of the nuclear power industry. Her interest in nuclear culture began in 2014 through Power in The Land, a visual arts project, during which she investigated the cultural significance of the closure of Wylfa nuclear power station on Anglesey, North Wales. Creating artworks for Power in The Land opened up new areas of interest such as deep time (Jay Gould, 1988), geophilosophy (Deleuze and Guattari, 1980), and a re-examination of the Anthropocene (Parikka 2015, Grusin, 2017). The geographical focus of her research has now shifted to Sellafield, Cumbria. Here she is looking for ways to create a new imaginary of nuclear futures via a performative installation practice.