Installation #13 - Giulia Damiani - How to Sing a Prophecy 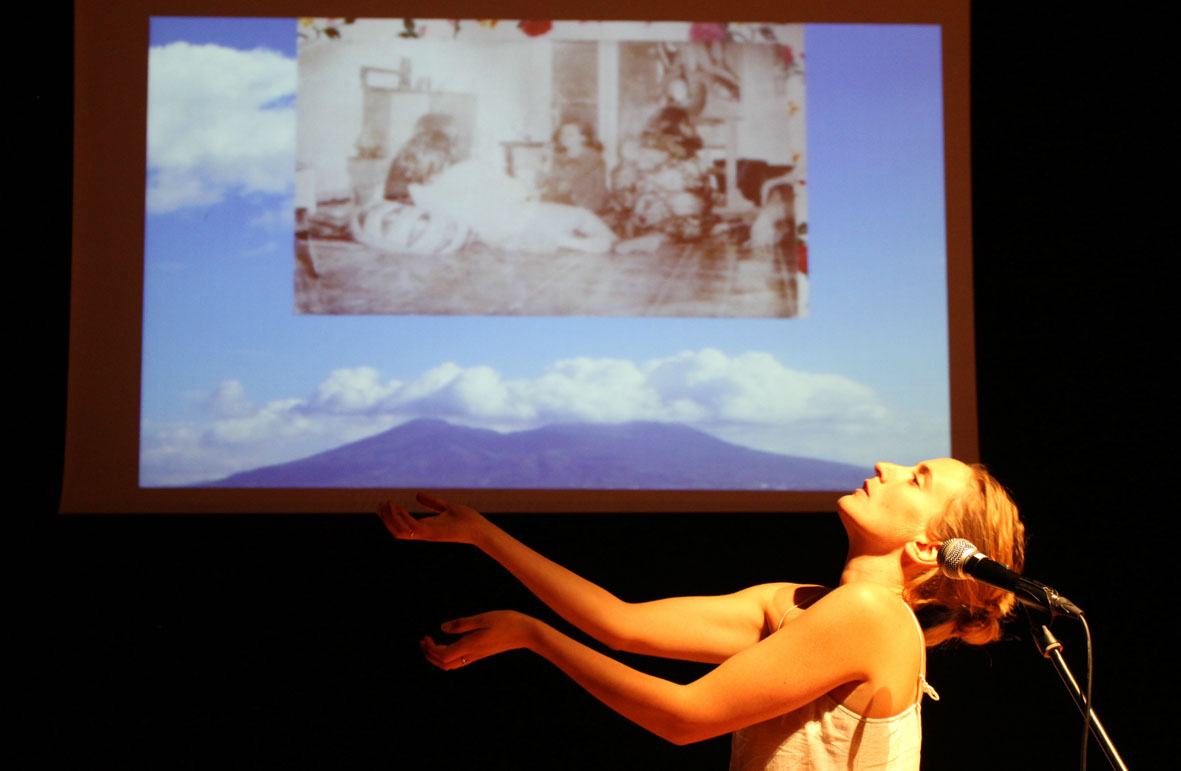 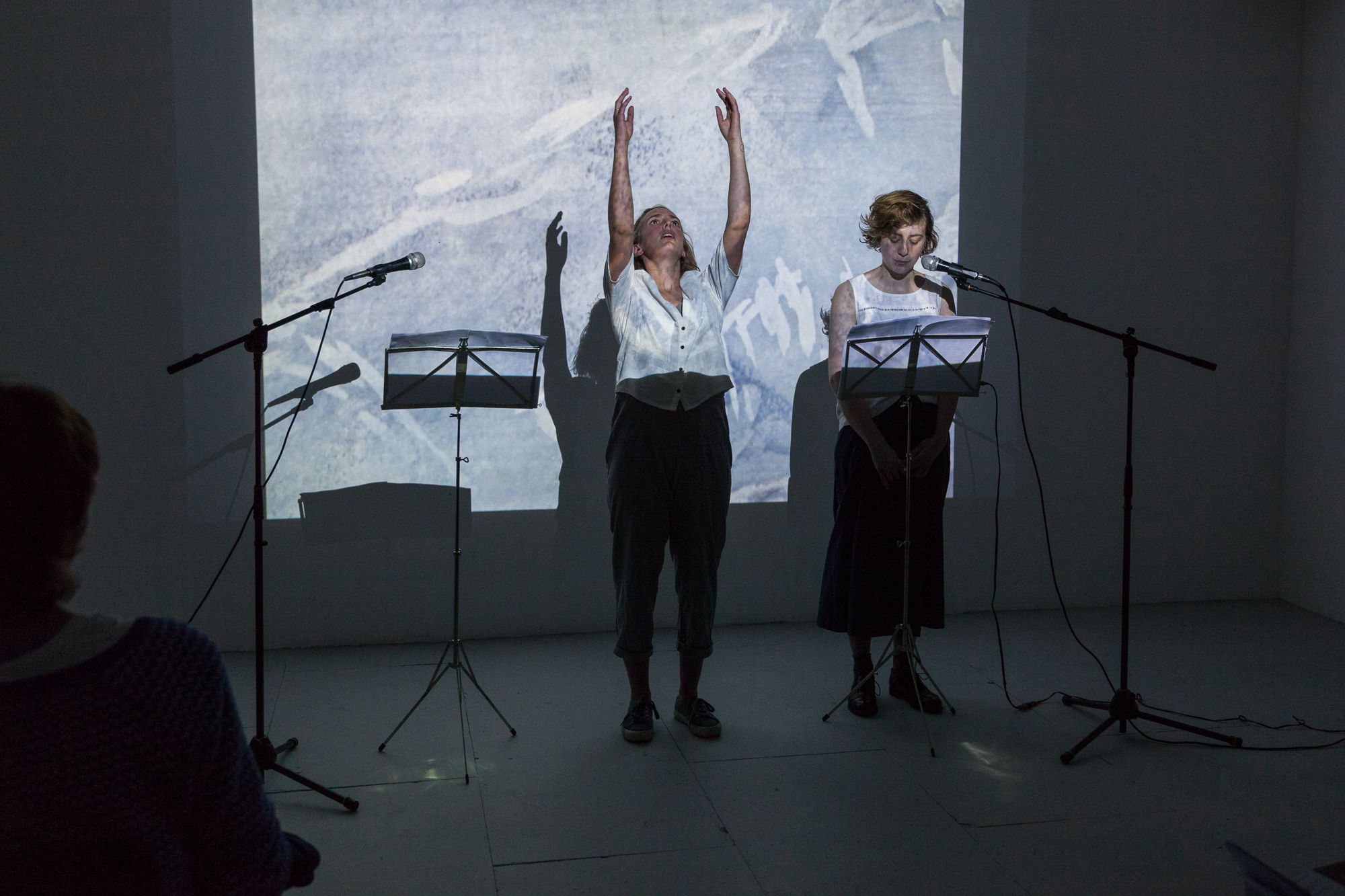 How to Sing a Prophecy

By way of presenting, meaning the placing before someone, writer Giulia Damiani delivered images and etymologies which cut through the words above and more. This included a manifestation of the feminist collective Le Nemesiache and her soliloquy, with performer Helena Rice, emerging from the encounter with the group.

This performance-lecture offered a meditation on the effect of archival research on a writing practice. Starting from a set of ideas which inspired the feminist collective Le Nemesiache, the two Lecturers performed an open rehearsal. Both the text and the presentation of this were experiments for a longer script, expressions in search of a dramaturgy.

The audience encountered figures of women, volcanoes, laments and attempts at making prophecies and fables. What happens when prophecy becomes a method for dramaturgy, when prediction and disbelief are the hinges of performative composition?

Giulia Damiani is a writer, curator, translator and tutor at Goldsmiths University in London. She’s currently completing her PhD in the Art Department focusing on the feminist archive of Le Nemesiache in Napoli and exploring her writing practice, prophecies and notions of re-enactment, dislocation and untranslatability. She collaborates with performers to create diffractive and collective work out of archival and feminist histories. Her writing has been published widely in art and cultural magazines such as EROS press, Umbigo as well as catalogues and independent publications. In August 2018 she presented her performance 'As enchentes entre os incêndios’ in São Paulo (Brazil).