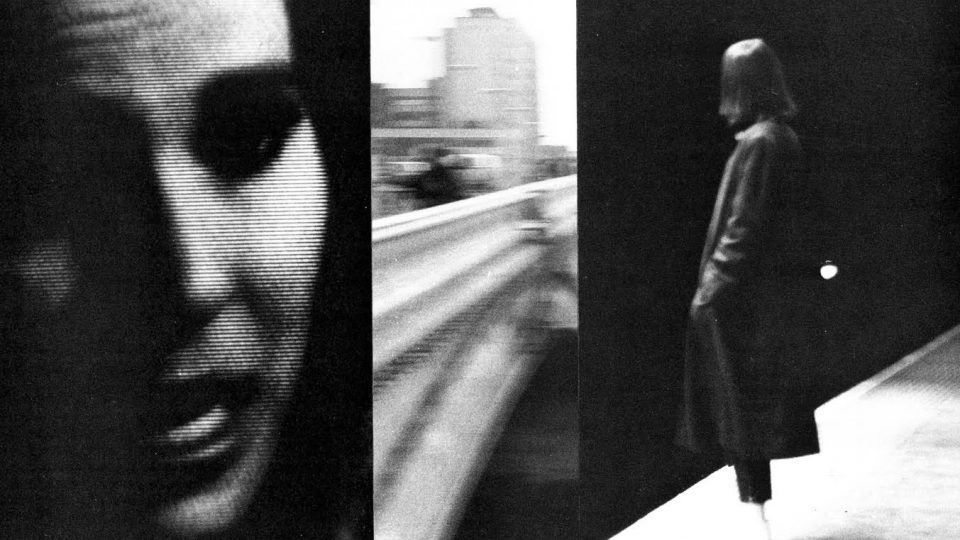 Resisting Relations was a one-day symposium dedicated to the sometime resistant, often divergent and frequently precarious ways that lesbian identity appears in histories of feminist art.

It was co-organised by Flora Dunster (University of Sussex), Catherine Grant (Goldsmiths, University of London) and Laura Guy (Newcastle University).

It was supported by the Paul Mellon Centre for Studies in British Art, CHASE Consortium for the Humanities and the Arts South-East England and the Centre for Feminist Research, Goldsmiths, University of London.

Audio links can be heard by clicking each speaker's name.

Naeem Davis is a co-founder of BBZ (with Tia Simon-Campbell). BBZ is a club night and art collective prioritising the experiences of queer, trans and non-binary people of colour. It seeks space for QTIBPOC folx to create, build and ultimately exist. BBZ co-organise the BBZ BLK BK: Alternative Graduate Show, which showcases Queer Womxn, Trans and Non-Binary artists of Black Ancestry.

Yve Lomax is a visual artist and writer. She has exhibited in seminal shows such as Three Perspectives on Photography, ‘Feminism and Photography’ (1979); On Difference: Representation and Sexuality (1984). Her major publications include: Figure, calling (2017); Pure Means: Writing, Photographs and an Insurrection of Being (2013); Passionate Being: Language, Singularity and Perseverance (2010); Sounding the Event: Escapades in Dialogue and matters of art, nature and time (2005); Writing the Image: An Adventure with Art and Theory (2000). She has been Professor of Art Writing (Goldsmith College) and Senior Research Tutor in Photography/Fine Art (Royal College of Art). She is currently a director of and editor for Copy Press; she is also the director of its Reader’s Union. For many years she has given spoken performance of her written work.

Taylor Le Melle is a curator and writer. With Imran Perretta, Rhea Storr and Jennifer Martin: not/nowhere, an artist workers' cooperative based in London. With Rowan Powell: PSS, an independent publisher of printed matter.

Nat Raha is a poet and trans / queer activist, living in Edinburgh, Scotland. She is the author of three collections of poetry: of sirens, body & faultlines (Boiler House Press, 2018), countersonnets (Contraband Books, 2013), and Octet (Veer Books, 2010). She’s performed and published her work internationally, and recent work has been translated into French, German and Greek. Nat recently completed her PhD on queer Marxism and contemporary poetry at the University of Sussex, and is a postdoctoral researcher on the 'Cruising the 70s: Unearthing Pre-HIV/AIDS Queer Sexual Cultures' project at the Edinburgh College of Art. She is co-editor of Radical Transfeminism zine.

Dorothea Smartt, London-born of Barbadian heritage, is an internationally respected poet/live artist. She was formerly an Attached Live Artist at London’s ICA, and her most recent residencies were in Scotland and Barbados. Her collection Ship Shape (Peepal Tree Press), is an ‘A’ Level English Literature title. In recognition of her contribution to British cultural life, she was nominated for a Barbados 2016 Golden Jubilee Award. Her most recent publication, Reader, I Married Him & Other Queer Goings-On (Peepal Tree Press) is described as “…subversive, radical, and surprisingly panoramic...”. She is working towards a new collection, where she continues to rework standard narratives, this time re-imagining same-sex relationships and traditional religious practices, among the ‘West Indian’ workers constructing the Panama Canal.

Del LaGrace Volcano is considered to be one of the instigators of queer LGBTI culture. A formally trained photographer, Volcano’s work includes photography, installation, spoken word, performance and film created with the intention to interrogate the performance and lived practice of gender and the sexed body on multiple levels. Volcano earned an MA in Photographic Studies from the University of Derby, UK, in 1992 after studying photography at the San Francisco Art Institute from 1979-81. Assigned and raised female from birth, Volcano discovered they were intersex at the age of 37 and from 1995 has identified as both female and male, both, neither, non-binary, gender queer and/or agender. Volcano has published five photographic monographs on the queer subcultures they have inhabited for four decades. Volcano’s latest incarnation is as a MaPa parenting for social justice. Along with their queer psychologist partner and two young children, they collaborate with filmmakers, photojournalists and academics around the world to create a space for themselves, and others like them, in the big, bad, binary world.

*Link to all audio recordings of the symposium here*

< Previous Session
Next Session >
This website uses cookies to improve your experience. We'll assume you're ok with this, but you can opt-out if you wish.Accept Read More