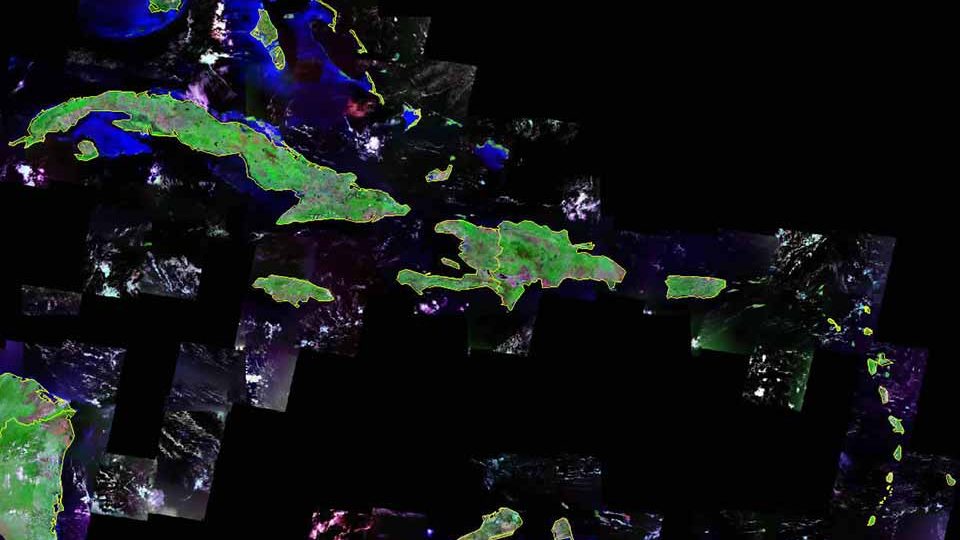 Satellite image of the caribbean sea.

Sylvia Wynter is an emeritus professor at Stanford University, essayist, novelist, and playwright whose life's work comes out of two far-reaching social movements of the twentieth century - the Anti-Colonial Movement (which cut across her native Jamaica) and the Black American Fifties/Sixties (which propelled her into the US academy). A former member of the (original) Institute of the Black World, her present intellectual work coalesces around her seminal proposal of a new definition of the human as a hybrid and uniquely third level of existence (beyond that of the physical and purely biological).

Black Metamorphosis: New Natives in a New World is a 900-page unpublished manuscript written by Wynter in the 1970's. Aaron Kamugisha, Caribbean scholar and Senior Lecturer in Cultural Studies at the University of the West Indies, describes the work as follows:

'Black Metamorphosis is a remarkable manuscript, and it deserves close study for a number of reasons. It is arguably the most important unpublished nonfiction work by an anglophone Caribbean intellectual and is the major guide to the transition in Wynter's thought between her work mainly on the Caribbean and black America in the 1960s and 1970s and her theory of the human from the early 1980s onward. Not only does the manuscript clarify Wynter's reflections on the process of indigenization and black cultural nationalism, it is her most sustained discussion of the politics of black culture in America. It constitutes a highly significant contribution to the black radical tradition and one of the most compelling interpretations of the black experience in the Western hemisphere ever written by a Caribbean intellectual.'

The manuscript is housed in The Schomburg Center for Research in Black Culture in New York. We obtained permission to distribute a limited number of hard copies for the purposes of this MARs reading group, hosted by Professor Kristen Kreider and Professor Michael Archer on Mondays fortnightly during the Spring Term 2019.